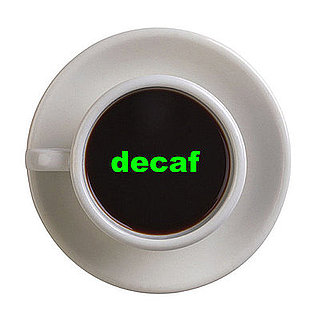 As Doctors Health Press e-Bulletin (http://www.doctorshealthpress.com/brain-function-articles/does-decaf-coffee-have-any-health-benefits) notes, caffeinated coffee has been in the health news a lot over the past few years.

This morning beverage, affectionately called “leaded coffee” by some people, has been touted as a remedy for all sorts of ailments. Evidence has been building that drinking coffee helps diabetics regulate their blood sugar levels.

Other clinical findings for caffeinated coffee point to a possible role in the prevention of cancer. But in all of this positive health news, however, not much is ever said about decaf coffee.

Is it a healing food of the same stature as caffeinated coffee?

Is it the caffeine in coffee that actually plays a big role in its healing effects?

As the article “Does Decaf Coffee Have Any Health Benefits?” reports, most clinical trials studying coffee usually conclude with a caveat that it’s “unknown” whether decaf coffee exerts the same health benefits.

This can be disappointing for the many people who can’t cope with large doses of caffeine on a regular basis. But recently, researchers from the Human Nutrition Research Center on Aging at Tufts University, along with scientists at the United States Department of Agriculture, delved into the caffeine/decaf coffee conundrum to find some answers.

The Doctors Health Press e-Bulletin article states that the researchers conducted a study that looked at how the polyphenols in coffee could potentially benefit the brain.

Mice that were well into “old age” were divided into five groups. Each group was given progressively more coffee as part of their daily diet for an eight-week period.

The researchers found that the mice that were given the equivalent of 10 cups of coffee performed better on cognitive and memory tests.

The article adds that to determine if caffeine was responsible for these brain-boosting benefits, the researchers performed a subsequent trial.

Basically, they determined that caffeine alone didn’t account for any of the improvements in cognitive abilities or memory. In other words, it’s likely the bioactive compounds in coffee boost a person’s health.

Doctors Health Press e-Bulletin concludes that as long as decaf coffee contains similar amounts of bioactive compounds (such as polyphenols), there’s no reason why it shouldn’t be just as good for a person’s health as caffeinated coffee.

(SOURCE: Shukitt-Hale, B., et al., “Coffee, but not caffeine, has positive effects on cognition and psychomotor behavior in aging,” Age (Dordr).

Share
Facebook
Twitter
WhatsApp
Linkedin
Previous article
Champions and innovation at Dalla Corte’s booth evo2, all new – still classic: this is the headline of Dalla Corte’s booth (C20) at the Scae World of Coffee 2013 scheduled from 26 to 28 June in Nice (France)
Next article
HEALTH – More than just caffeine, coffee consumption can reduce the risk of heart failure, Type 2 Diabetes and Parkinson’s Disease