Sugary drinks and energy drinks containing caffeine should not display claims that they help increase alertness or concentration, as this would encourage high consumption of sugar among adolescents, who are the largest group of energy drink consumers, said Health committee of Members of the European Parliament (MEPs) in a resolution voted on Wednesday.

“From statistics we know that many young people and even children are drinking a lot of these energy drinks” said lead MEP Christel Schaldemose (S&D, DK).

“So it’s not just the caffeine, it’s also that energy drinks contain a lot of sugar too. And we don’t think that these sorts of drinks should have any kind of health claims put on them” she added.

“We’re not going to say that adults should not drink coffee or energy drinks. We just don’t want to [help companies] to earn a lot of money on a health claim that we think is not suited for young kids”, she added.

In their resolution, MEPs point out that the European Commission itself considers that claims that caffeine helps to increase alertness and concentration should not be used for foods targeting children and adolescents.

However, adolescents are the largest group of energy drink consumers, they say, pointing to studies showing that 68% of adolescents and 18% of children regularly consume energy drinks, while 1 in 3 eleven-year-olds are overweight or obese in Europe.

A 250ml can of energy drink can contain up to 27g of sugar and 80mg of caffeine, say MEPs, even though the World Health Organisation recommends that adults and children should get no more than 10% of their daily energy intake from free sugars, and that a further reduction to below 5% (about 25g per day) would provide additional health benefits.

Moreover, energy drinks have been linked to headaches, sleep problems and behavioural problems in children and adolescents who regularly consume them, MEPs add.

Health Committee members voted by show of hands to call upon Parliament as a whole to veto the draft European Commission proposal, in a vote to take place at the July session in Strasbourg. 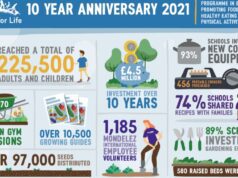