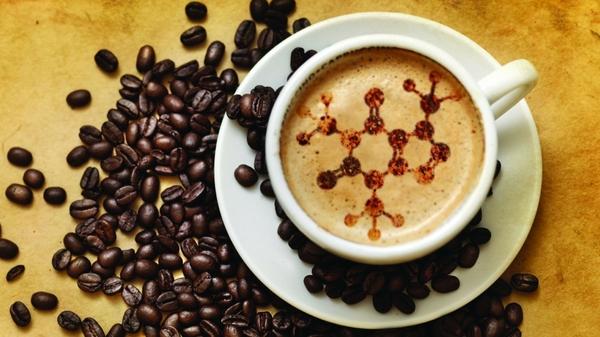 It’s blamed for sleeplessness, anxiety, frequent toilet trips and worse – but caffeine is harmless, a new study shows. The stimulant, long ridiculed by those who believe it to be harmful, is safe – even for pregnant women and young children, reported the Daily Mail.

A review of 44 trials dispelled the widespread myth that caffeine, found in tea, coffee and fizzy drinks, is bad for the body.

It found that sticking to the recommended daily amount of 400mg – the equivalent four cups of coffee or eight cups of tea – has no lasting damage on the body.

Conducted by a leading British dietitian, the paper also shows the substance boosts both mental and physical performance.

In recent years, clean-eating blogs have been full of advice on how to avoid caffeine due to mixed research results on its dangers.

Dr Carrie Ruxton, who has previously advised the NHS and European Food Safety Authority, was behind the myth-busting review.

Calling time on the caffeine cops, she described the stimulant as “one of the most polarising dietary substances around”.

In her report published in the journal Complete Nutrition, she argued evidence proves the drug to be safe – despite the “bad rap” it gets in the media.

Dr Ruxton, who sits on the Tea Advisory Panel, told MailOnline: “Unfortunately, there is an enormous amount of myth and misinformation surrounding caffeine.

“The reality is that people who cut out tea and coffee may miss out on the potential health benefits of the compounds they contain.

“Tea is the best way to get your hit of caffeine as it has half the amount of coffee and is packed with a variety of health-boosting polyphenols and antioxidants.”

What did the review find?

It displayed at least 15 different trials that documented the benefits caffeine has on the brain, including improving reaction times, accuracy in tests and alertness.

Such studies also hinted that it influences the release of dopamine, which is thought to enhance mood and prevent the blues.

As such, figures estimate that three out of four elite athletes use caffeine supplements to boost their performance.

European health officials state adults should consume no more than 400mg of caffeine each day – the equivalent to four mugs of instant coffee.

This amount can be found in eight cups of tea, or five cans of energy drink Red Bull.

Coke, a drink often perceived as being high in caffeine, has just 30mg per can. While the drug is also often added to painkiller pills to given them an extra kick.

A huge review conducted by the International Life Sciences Institute (ILSI) in April confirmed this amount of caffeine was safe on a daily basis.

They assessed more than 740 studies into the effects of caffeine on humans to make the claim.

How much caffeine is safe?

The EU’s food safety watchdog advised a daily limit of 400mg for adults in its first guidelines on caffeine intake in 2015.

It also advised children to consume no more than 3mg of caffeine per KG of body weight – the equivalent of two mugs of milky tea for a child of four.

Health officials warned those who break the limits run the risk of a host of health problems, from anxiety to heart failure.

Its warning also showed links between high caffeine intake in pregnancy and having a baby that is underweight.

The NHS says too much caffeine can cause a miscarriage. There are also links to birth defects.

However, with coffee far from the only food or drink to contain caffeine, people may unintentionally be going over the safe limit.

ASIC Conference on Coffee Science to be held in Hanoi