Alstead’s promotion is a recognition of the increasing responsibility and complexity of his role overseeing Starbucks global financial, technology and supply chain operations and ensuring that the company’s overall business infrastructure is optimized to support the company’s global growth.

“Under Troy’s leadership as chief financial officer for the past five years, Starbucks has delivered an extraordinary experience to our customers as well as exceptional operating performance, financial results and returns for our shareholders,” said Starbucks chairman, president and ceo Howard Schultz.

“Troy’s strategic business and financial acumen, discipline and leadership have been instrumental to our short- and long-term growth. As we continue to expand to new markets and channels, his role as group president leading Starbucks Global Business Services will be critical to ensuring the company’s continued success.”

Alstead joined Starbucks in January 1992 when it was a privately held company with just over 100 stores. Over the years, he has held numerous roles in finance and general management for Starbucks, both domestic and international. 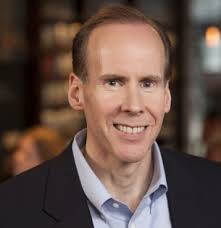 He has held finance positions of increasing responsibility, including leadership of the corporate finance, accounting, tax, and treasury functions, as well as leadership of global financial management, decision support, planning, and business development for Starbucks operating units around the world.

Alstead was one of the original members of the Starbucks International team, contributing to the development of the international business from the beginning.

Beyond his finance roles, he led the operations and development of the international business as senior vice president for Starbucks Coffee International, and later led the company’s business in Europe, Middle East, and Africa as interim president of that regional business unit.