SINGAPORE – The Board of Directors (the “Board”) of Olam International Limited, a leading global integrated supply chain manager and processor of agricultural products and food ingredients has announced the following changes to the Board.

Renewal of the Board

In line with the Board succession plan and bearing in mind Guideline 2.4 of the Code of Corporate Governance 2012 on the tenure of independent directors, the Governance and Nomination Committee of the Board (“GNC”) undertakes comprehensive review of the composition of the Board and its renewal on a regular basis.

The Board, taking into account the GNC’s recommendation, seeks to renew the Board progressively to ensure continuity.

The Board believes that the nature and complexity of the businesses and operations of the Company merits the continuity of executive directors on the Board.

The executive directors with deep insights into the Company’s businesses are best-placed to provide the Board with the requisite background and knowledge to enable the Board to make decisions on issues in the best interests of the Company and its shareholders.

The Board has however decided to reduce the number of executive directors from three to two to have more independent representation on the Board.

In renewing the Board, the GNC opined that the retirement of longer serving independent directors should be paced over a period of time so that their knowledge and experience can continue to be drawn upon.

At the same time, the GNC and the Board recognise that the appointment of new independent directors will inject fresh thinking into the deliberations and discussions at the Board and bring broader and wider perspectives, which is important for the Board to stay ahead.

As an outcome of the Board’s review after taking into account the recommendation of the GNC, the following formal plan for the on-going renewal of the Board has been put in place with effect from 1 July 2013:

Stepping down of Tse Po Shing Andy and Sridhar Krishnan

Mr. Tse Po Shing Andy and Mr. Sridhar Krishnan will be stepping down as Directors from the Board immediately after the close of the 19th Annual General Meeting of the Company to be held on 30th October 2013 (“AGM”).

Mr. Tse is currently a Non-Executive and Independent Director and Mr. Krishnan an Executive Director of the Company.

Both Mr. Tse and Mr. Krishnan played a pivotal role in the growth and development of the Company including the period prior to it being listed on the Mainboard of the Singapore Exchange Securities Trading Limited (“SGX-ST”).

The Board is deeply grateful to Mr. Tse and Mr. Krishnan for their advice, commitment and support rendered to the Board and the Company over the years, and thanks them for their significant contributions.

Mr. Krishnan will remain with the Company as Senior Managing Director and Regional Head of Australia, Asia, the Americas and the Andean region, and Russia.

Mr. Tse and Mr. Krishnan have confirmed that they have no disagreement with the Board and are unaware of any matter relating to their stepping down that needs to be brought to the attention of the shareholders of the Company.

The stepping down of Mr. Tse and Mr. Krishnan from the Board is in line with the formal plan outlined above.

In line with the plan for the on-going renewal of the Board, Mr. Sanjiv Misra will be appointed as a Non-Executive and Independent Director of the Company. 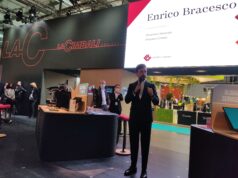 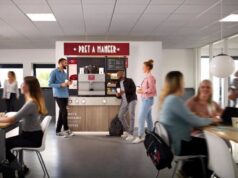