AMSTERDAM/HAARLEM, Netherlands – Oak Leaf B.V. (“Oak Leaf”), a newly incorporated company wholly owned by a Joh. A. Benckiser led investor group, announces that it declares its offer for D.E MASTER BLENDERS 1753 N.V. (“DEMB”) unconditional. All conditions for a successful offer have been satisfied or waived.

In addition, the JAB-led investor group and DEMB announce the intention to appoint Pierre Laubies as CEO and executive Board member of DEMB.

Status of the Offer

All conditions for the Offer, as described in the Offer Memorandum, have been satisfied or, in the case of the 95% minimum acceptance condition, waived.

Shares, representing approximately 91.84% of the Shares and an aggregate value of approximately EUR 6.8 billion (at the offer price of EUR 12.50 per Share).

Payment of the Offer Price per Share shall occur on 23 September 2013 (the “Settlement Date”).

As per 23 September 2013, the appointments of Bart Becht, Peter Harf, Olivier Goudet, Alexandre Van Damme, Byron Trott, Alejandro Santo Domingo as non-executive directors and Michel Cup as executive director to the Board will become effective. 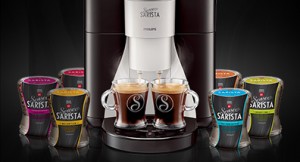 The nomination of Pierre Laubies as executive member of the Board and CEO of DEMB will be proposed to DEMB’s Extraordinary General Meeting of Shareholders to be held as soon as practically possible, unless the Post-Closing Merger and Liquidation is implemented in which case he will be appointed as soon as Oak Leaf becomes the sole shareholder of D.E Master Blenders 1753 B.V. (the legal successor of DEMB).

Bart Becht, incoming chairman for DEMB said: “We would like to thank Jan for his visionary leadership as Chairman and more recently as CEO of DEMB and the contributions he has made for the stakeholders and the brands of DEMB over the last two years.

Clearly the business is in much better shape than when Jan, his team and the current Board took over. We would also like to thank Jan for his many efforts and counsel during this period of transition. We wish him and all parting Board members the best for the future.”

Pierre Laubies, of French nationality, has over 25 years of experience in the fast moving consumer goods industry. Pierre will contribute a wealth of leadership experience both in European as well as emerging markets of businesses significantly larger than DEMB.

Pierre spent most of his career at Mars, Inc. He joined Mars in 1985 from French automaker, Renault, where he served as financial auditor. During his first 10 years with Mars, he held a number of finance and sales roles in Europe, leading both the strategy and finance functions for France and the entire European region.