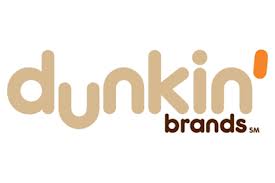 First Quarter 2014 Segment Results
Dunkin’ Donuts U.S. revenues of $125.2 million represented an increase of 4.7 percent year-over-year. The increase was primarily a result of increased royalty income and an increase in gains from refranchising transactions, offset by a decline in franchise fees driven by the timing of franchise renewals.
Dunkin’ Donuts U.S. segment profit in the first quarter increased $6.3 million over the prior year period to $89.8 million, which was driven primarily by revenue growth.
Dunkin’ Donuts International first quarter systemwide sales increased 0.4 percent from the prior year period, driven by sales growth in the Middle East, Germany, and Spain, offset by a decline in South Korea. On a constant currency basis, systemwide sales increased by approximately 3 percent.
Dunkin’ Donuts International first quarter revenues of $4.3 million represented a decrease of 7.3 percent year-over-year. The decrease in revenue was primarily a result of a decrease in transfer fees and renewal income, offset by an increase in royalty income.
Segment profit for Dunkin’ Donuts International increased $0.3 million to $2.9 million, primarily due to an increase in income from our South Korea joint venture and the prior year loss from our Spain joint venture.

Company Updates
The Company today announced that the Board of Directors declared a second quarter cash dividend of $0.23 per share, payable on June 4, 2014 to shareholders of record as of the close of business on May 27, 2014.