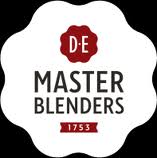 HAARLEM (Netherlands) – Reference is made to the joint press releases by Oak Leaf B.V. (the Offeror).

As previously disclosed, the minimum acceptance level will be waived as described above if at least 80% of all Shares on a fully diluted basis are tendered in the Offer and not properly withdrawn at the end of the acceptance period and the conditions relating to such waiver previously disclosed in Section 6.2.2 of the Offer Memorandum, as well as the conditions to the consent of the lenders under the senior facilities agreement to waive the minimum acceptance level of 95% (i.e. the implementation of the Post-Closing Merger and Liquidation in accordance with its contemplated terms, the percentage of shares tendered at the end of the extended acceptance period being at least 80% of the Shares but not more than 95% of the Shares and certain other customary closing conditions) are satisfied.

Shareholders are reminded that withdrawal rights terminate following the expiration of the acceptance period. In compliance with U.S. regulatory requirements, we inform DEMB shareholders that if they have already tendered their Shares in the Offer but their willingness to tender will be affected by the possible waiver of the minimum acceptance level, they should withdraw their tenders immediately, but in any event, before the expiration of the acceptance period.

This announcement is not an indication of current or expected acceptance levels and does not constitute a waiver of the minimum acceptance condition itself. Any such waiver will only be made after the expiration of the acceptance period.

On 19 June 2013, the Offeror announced that the Offer Memorandum is publicly available and the acceptance period would begin at 09:00 hours CET (03:00 hours EST) on 20 June 2013. Further information regarding the Offer is contained in the Offer Memorandum (including further details on the impact that waiver of the minimum acceptance condition may have on DEMB shareholders) and in the Solicitation/Recommendation Statement on Schedule 14D-9 (including DEMB’s Position Statement), which are available free of charge on the websites of the SEC at www.sec.gov and of DEMB at www.demasterblenders1753.com. Copies of the Offer Memorandum are also available free of charge at the offices of DEMB and Rabobank International, who is acting as exchange agent for the Offer.

The Offer Memorandum and Solicitation/Recommendation Statement on Schedule 14D-9 contain important information and should be read carefully and in their entirety before any decision is made with respect to the Offer. This press release is neither an offer to purchase nor a solicitation of an offer to sell Shares. The Offer is made solely pursuant to the Offer Memorandum and any amendments or supplements to such Offer Memorandum. The Offeror is not currently aware of any jurisdiction where the making of the Offer is restricted or prohibited by law. If the Offeror becomes aware of any such restriction or prohibition on the making of the Offer or the acceptance of the Shares, the Offeror will make a good faith effort to comply or seek to have such prohibition or restriction declared inapplicable to the Offer. If, after a good faith effort, the Offeror cannot comply, the Offeror will not make the Offer to the holders of Shares in that jurisdiction.