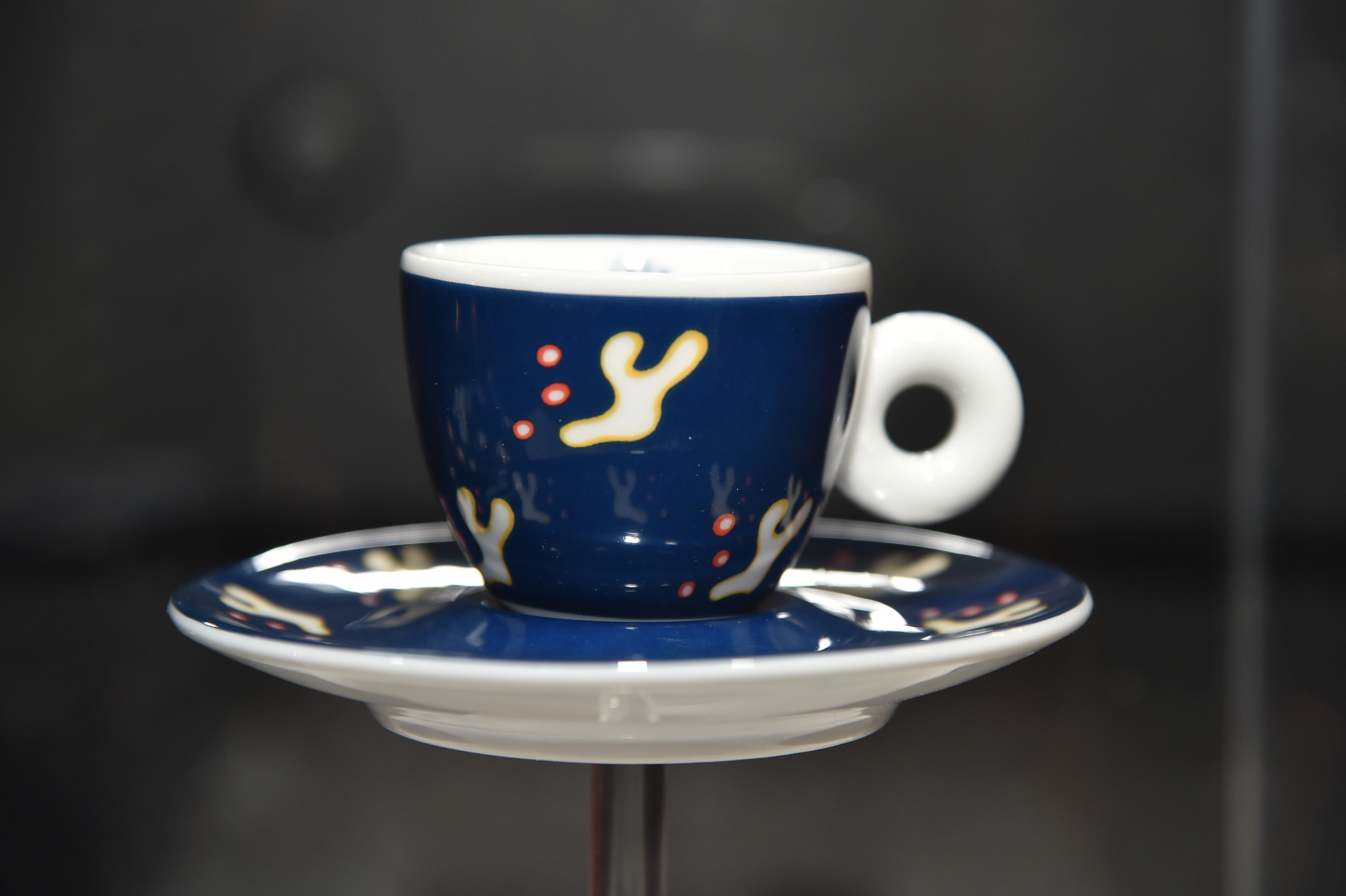 Rome, Italy – illycaffè is sponsor of the one-man show “Gillo Dorfles. Essere nel tempo”, the first major retrospective to celebrate Dorfles’ art and writing. The exhibition, presented this morning at the MACRO Museum in Rome, will be open to the public between 27 November 2015 and 13 March 2016.

Trieste-born artist drew inspiration from several of his decorative designs for fabric, made on paper between 1937 and 1940 using the egg oil tempera emulsion technique – one used long ago by the great fifteenth-century masters.

For Dorfles, they served as a launchpad for playful experimentation with the repetition of a number of graphic elements and a reinterpretation of archetypical signs.

In his illy Art Collection, the form/colours of Dorfles’ imaginative universe, which continue to serve as the hallmark of his poetics, transform the coffee break into a complete aesthetic experience, restoring just the right balance to our existential place in this world.

This collaboration between the artist and illycaffè has developed out of a deep-rooted sharing of values and visions.

Gillo Dorfles has been involved with emerging forms of expression and has focused his farsighted gaze on the future present of the Arts the same way that illy has always courageously supported emerging talent, embracing expressions of contemporary art the same way it embraces its local area.

“Beauty exists today and beauty will exist always,” says Gillo Dorfles apropos of the ongoing evolution of art. “Unless the world becomes so ‘brutish’ that it transforms men into ‘brutes’.”

“We have so much in common with Gillo Dorfles: the same hometown, the same love of art and design, and a similar way of looking to the future with an objective if dream-driven eye,” says Andrea Illy, illycaffè Chairman and CEO.

“This explains why we are so pleased to be part of the “Gillo Dorfles. Essere nel tempo” exhibition. We could not miss this opportunity to ask him to author an illy Art Collection, our collection of coffee cups which, over the last twenty years, has attracted the leading lights of contemporary art.”

The collection will have its world premiere at the preview of the “Gillo Dorfles. Essere nel tempo” one-man show at the MACRO Museum in Rome. The cups go on public sale in February 2016 at illy sales outlets and the www.illy.com website.

The illy Art Collection, a series of coffee cups by artists that the Trieste-based company has produced since 1992, is the clearest expression of the illycaffé connection to contemporary art.

Some of the most prominent contemporary masters on the international art scene, along with emerging young talents, have transformed the everyday coffee cup – in this case the white porcelain lily cup introduced by the architect and designer Matteo Thun – into a cult object.

From Michelangelo Pistoletto to Marina Abramović, Anish Kapoor to Daniel Buren, Robert Rauschenberg to Jeff Koons, Jan Fabre to James Rosenquist, Jannis Kounellis to Julian Schnabel, Louise Bourgeois to William Kentridge, more than 70 contemporary artists so far have contributed designs for the collection and formed close collaborative relationships with illy that develop along with their own artistic and cultural projects.

The illy Art Collection, signed, limited and numbered, is on sale all over the world, in cafés, stores that distribute illy products and at www.illy.com. Once they sell out, the items are not reproduced.