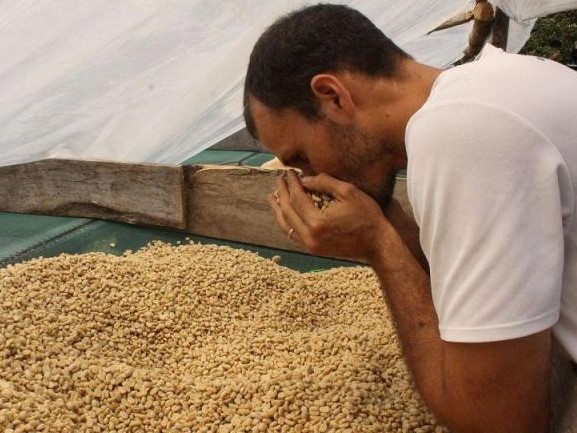 The winner of the Best of Panama Contest 2015 in the category Exotic Natural was the lot Geisha Natural Jaramillo submitted by Hacienda La Esmeralda, which along with the winners in the other categories, will be auctioned online on June 23.

Second place was awarded to a batch of Jose Gallardo Geisha, with a score of 93.1, which was also a winner in the washed exotic coffees category.

On the other side, first place in the traditional washed category went to Kalithea Jesus Sierra, with a score of 88.39, and second place went to a batch of Elida Lamastus Family Washed with 87.37 points.

Laestrella.com.pa reports that “… In the Natural Traditional category, first place went to Typica Suprema Natural – Heakyung Kang Burneski with 88.46; second place went to Kotowa Las Brujas Café Kotowa with 88.16; and third was a tie between the Burro Lamastus Family and Elida Natural de Lamastus Family with 87.82.

In the category of Natural Exotic, second place went to Kotowa Las Brujas Café Kotowa with an average of 92.98 and third place to El Burro Geisha Lamastus Family, with a score of 92.33. ”

Ricardo Koyner, president of the Specialty Coffee Association of Panama, which organises the Contest, noted that “… The high scores achieved reflect the growers work. Also they were well rated which elevates Panama as a leader in the world with the best coffee grown in Chiriqui Highlands. “