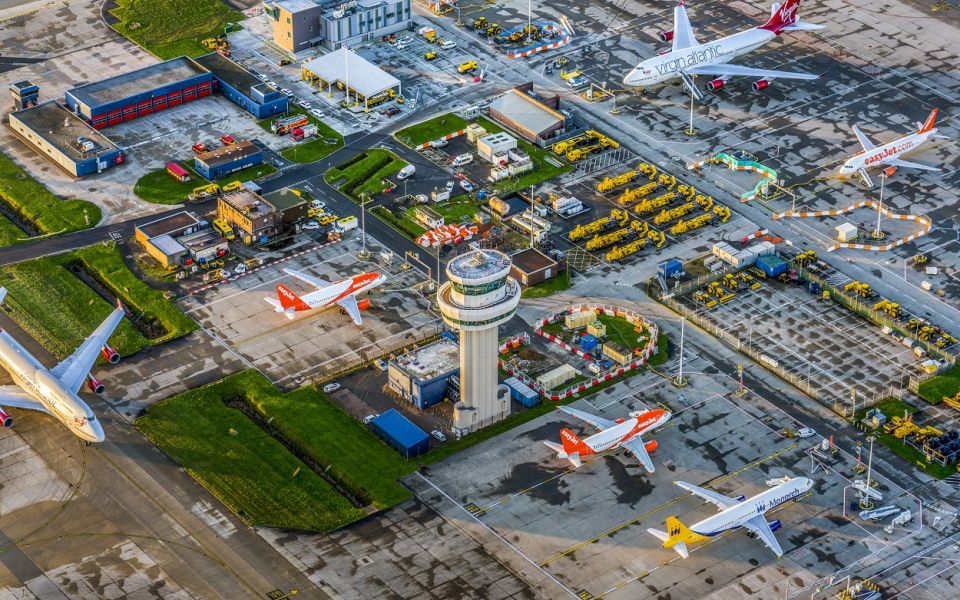 London’s Gatwick Airport has just become the first airport to achieve a Zero Waste to Landfill accreditation from the Carbon Trust – the airport announced today – as it published its annual Decade of Change report, which monitors its progress against ten sustainability targets.

The new Carbon Trust standard was established to provide a robust framework for verifying zero waste to landfill claims and recognises Gatwick for actively diverting its non-hazardous waste streams from landfill. Gatwick does this through a combination of:

Gatwick has also today been recertified as a Carbon Neutral airport through measures including using 100% renewable electricity and Gold Standard carbon credits.

The airport also retained the accreditations it secured in 2016 for achieving ongoing reductions in carbon emissions, water use and improving waste management.

The airport’s progress report against ten ambitious environmental and community-focused targets set over the ten years (2010 to 2020) was also published today.  Results in the Decade of Change  for 2017 – compared to the previous year – include:

Innovations helping Gatwick to grow sustainably, include installing 100% LED lights on the runway to improve energy efficiency, saving one million litres of water last year in the airport’s valet parking car wash, and introducing financial incentives for airlines that use quieter aircraft.

“As an airport we recognise the importance of a sustainable operation which is why exceeding our ambitious environmental and community-focused targets has been a priority for us ever since new ownership in 2009.

“I would like to thank every member of staff and our wider Gatwick Family who have all helped us to achieve both our targets and also secure four Carbon Trust standards and carbon neutral status.

“We will continue to strive to improve our sustainability performance even further and will be announcing some more exciting initiatives in coming months.”

“Over the past two years Gatwick has made impressive progress on environmental performance to retain triple certification to the Carbon Trust Standard for continuing to reduce carbon emissions, water use and waste output.

“We are also delighted to be able to recognise its achievement of zero waste to landfill status for the first time. Gatwick is setting an excellent example, showing how a business can improve its operational efficiency and its environmental results at the same time, as well as encouraging higher levels of action elsewhere by positively influencing other companies that operate at the airport site.”

“I warmly congratulate Gatwick on its ongoing sustainability drive. It was the first London airport to become Airport Carbon Accredited as carbon neutral and Stewart and his team have remained motivated to make further efficiencies, clearly embracing climate action as part of the company culture. Their 3 year renewal at the highest level of the Airport Carbon Accreditation, combined with their 360° strategy to lower their broader environmental impact is something that other airports and companies beyond air transport can learn from.”

Gatwick Airport is the UK’s second largest airport and the most efficient single-runway airport in the world. It serves more than 228 destinations in 74 countries for 45 million passengers a year on short and long-haul point-to-point services. It is also a major economic driver for the UK contributing £5.3 billion to national GDP and generating 85,000 jobs nationally, with around 24,000 on the wider airport campus alone.

The airport is south of Central London with excellent public transport links, including the Gatwick Express, and is part of the Oyster contactless payment network. Gatwick Airport is owned by a group of international investment funds, of which Global Infrastructure Partners is the largest shareholder.