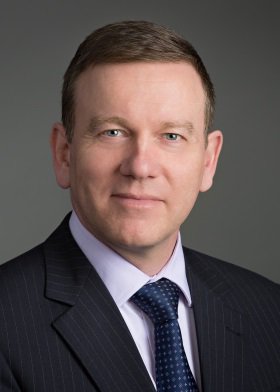 LONDON, UK — Paul Grimwood, who was Chairman and CEO of Nestlé UK & Ireland from 2009 until 2012, has been awarded the CBE in the New Year’s Honours List.

Paul Grimwood is a leading figure in the food industry and has had an outstanding career with Nestlé. He joined the company in 2001 as head of Purina UK before moving to Nestle’s head office in Switzerland as Vice President, Operations, in the company’s European region.

He returned to the UK as Managing Director of Nestlé Confectionery UK based in York from 2006 to 2008, where he is remembered for leading the company through a period of major change and success. He was then appointed Chairman and CEO of Nestlé UK & Ireland with overall responsibility for all of Nestlé’s businesses in those markets.

In 2012, he was appointed Chairman and CEO of Nestlé USA, one of the largest food companies in the USA with annual sales of $26 billion. Paul stood down as CEO of Nestlé USA earlier this year and retires as Chairman in May 2019.

Paul has been honoured for his contribution to the food industry internationally and in the UK, reflecting his successful career in the USA as well as the UK. Paul grew up in York and he is proud of his strong local roots.  His family home remains in North Yorkshire where Paul will be based after his retirement from Nestlé.

Paul Grimwood said: “I am very proud and grateful to receive this honour.  I have been fortunate throughout my career to have worked with outstanding people – and Nestlé is a great company.  I would like to thank and pay tribute to the many friends and colleagues, in the UK, the USA, and around the world, who have made my time at Nestlé so successful and enjoyable.”

A spokesperson for Nestlé UK & Ireland said: “Paul has had an outstanding international career at Nestlé and everyone at the company will be delighted that he has received this well deserved recognition.”