Flat white or fiction? How Millennials are really spending their money 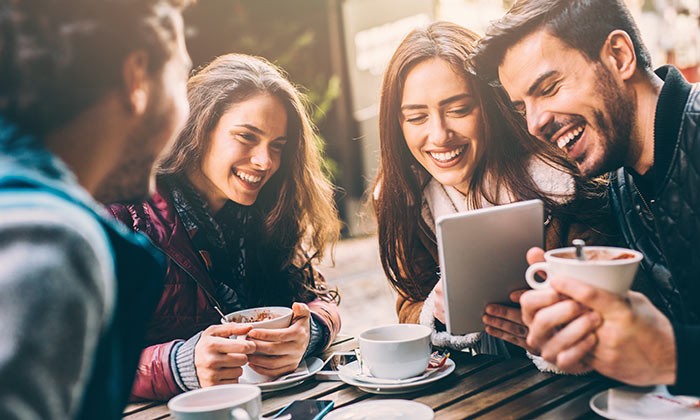 Millennial consumers have been labelled as ‘big spenders’, wasting their money on smashed avocado and takeaway coffee. A recent report from consumer spending specialist’s Marketview suggests there is more than a bit of truth to the epitaph.

In a report analysing spending behaviour by consumers aged 25-29 in New Zealand, Marketview have found that over the last eight years, these consumers have increased their spending by 56%, outstripping their growth in population.

The report revealed that much of Millennial’s spending growth is due to a growing interest in eating out. Whether it be cafes, restaurants, bars or fast food, Millennials really are dining out much more than previous generations.

With their preoccupation with convenience, takeaways are an increasingly popular purchase for this age group – spending figures from Marketview revealed that in 2017, Millennials spent more on takeaways than they did at clothing, footwear, health, beauty, pharmacy and cosmetic stores combined.

Marketview also identified Millennials have a strong preference for online shopping, with spending growth for nearly all online categories outstripping their bricks and mortar equivalents.

Figures show that since 2009, these consumers have more than tripled the amount they spend online, now allocating 10% of their spending budgets to online purchases. Popular online categories for Millennials were fashion, accommodation, and increasingly groceries and food, encouraged by convenience and growing availability.

While many industries both on and offline are benefitting from Millennial money, figures from Marketview identified an emerging trend with potential to impact the wider retail landscape.

The report revealed that younger consumers are increasingly spending their money outside the central cities. In the last eight years, spending by Millennials in non-metro areas increased by more than 50%, while the CBD’s of Auckland, Wellington and Christchurch combined only saw a 14% increase in spending from these consumers.

Managing Director Stephen Bridle notes that “as young people increasingly turn to online options for their everyday shopping needs, the concept of the CBD and ‘High Street’ is becoming somewhat redundant, at least to them. As they no longer need to head out to the shops in the city every weekend, Millennials are breathing life back into the ‘local village’, bringing business back to their communities as they go out for coffee, drinks and dinner in their local neighbourhoods, a phenomenon we are only seeing increase as this group grows”.

“Millennials are not to be underestimated in their spending power, and ability to alter the retail environment. Retailers need to pay attention to the preferences and spending patterns of this generation if they want to profit from what is a highly valuable group of consumers, and not be left behind” says Bridle.