Final Judging Panel announced for 2019 Costa Book of the Year 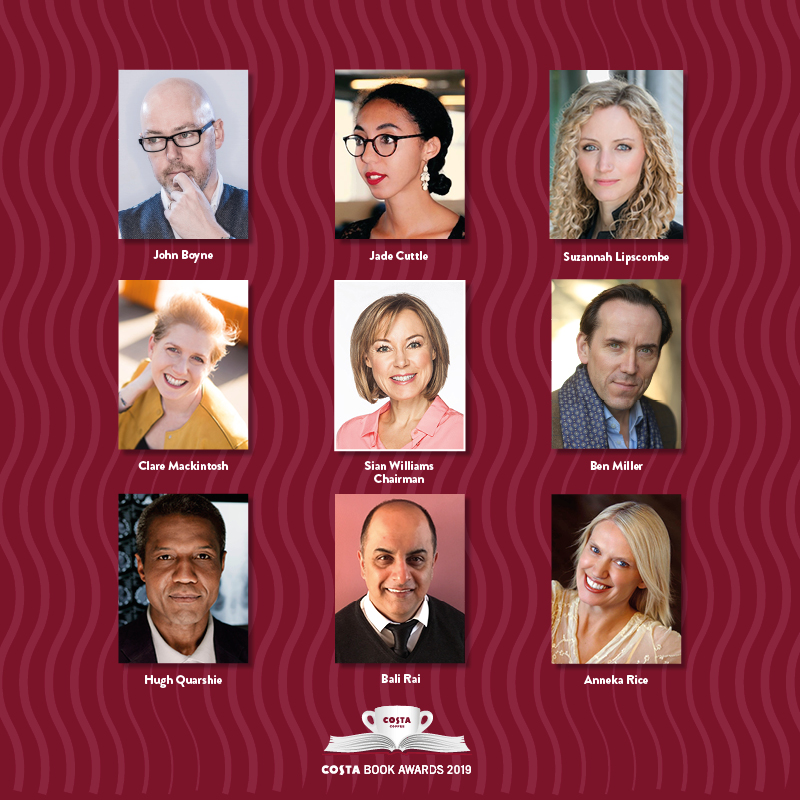 LONDON, UK — Broadcast journalist Sian Williams will chair the final judging panel which selects the overall winner of the prestigious 2019 Costa Book of the Year, it was announced today.

The final nine-member panel that selects the overall Costa Book of the Year is made up of a Chairman, a judge from each category panel and three other well-known people in the public eye – and who are outside of the publishing world – who love reading.

Sian Williams will chair the panel this year which includes Holby City actor Hugh Quarshie, who’s also had star turns in Star Wars Episode I: The Phantom Menace and Doctor Who; broadcaster Anneka Rice, seen most recently in BBC One’s Strictly Come Dancing but also well-known for her iconic role as Sky Runner in Channel 4’s Treasure Hunt and latterly, Challenge Anneka; and comedian, actor, director and author Ben Miller, perhaps best known for his role as Bough in the Johnny English feature films alongside Rowan Atkinson and the BBC’s The Armstrong and Miller Show with Alexander Armstrong.

“I’m absolutely thrilled to be chairing the Costa final judging panel,” said Sian Williams. “We all look for a book that moves us, makes us think differently or takes us to another place. Each year, the five Costa Book Award winners do that – they demand to be savoured, cherished and celebrated. I was lucky enough to be a judge a few years ago and loved the experience. I’m really excited about helping to find this year’s overall winner.”

The final judges will meet on Tuesday 28th January 2020 to select the winner of the Costa Book of the Year, which will be announced at an awards ceremony later that evening.

The ceremony, hosted by presenter and broadcaster Penny Smith, will take place at Quaglino’s in central London.

Originally established in 1971 by Whitbread Plc, Costa announced its takeover of the sponsorship of the UK’s most prestigious book prize in 2006. 2019 marks the 48th year of the Book Awards.

Each of the five category award-winning authors receives £5,000 and the author of the overall Costa Book of the Year will be presented with a cheque for £30,000.

The winner of the Costa Short Story Award – now in its eighth year and voted for by the general public – will also be announced at the awards ceremony.

For more information on this year’s Costa Book Awards, go to www.costabookaward.com.