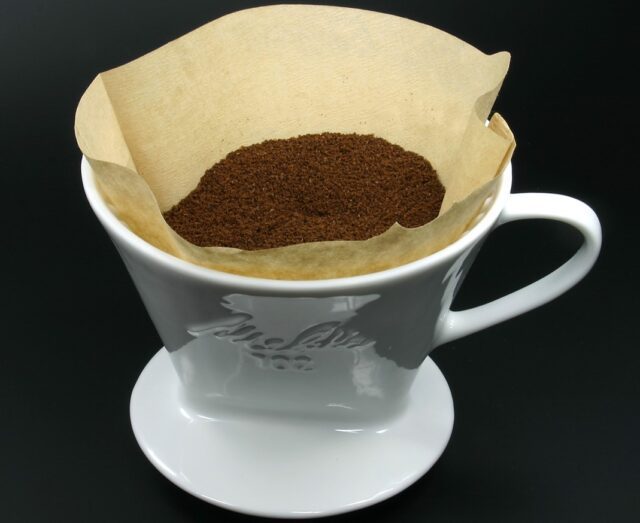 GÖTEBORG, Sweden – Coffee can help reduce the risk of developing type 2 diabetes – but only filtered coffee, rather than boiled coffee. New research from Chalmers University of Technology and Umeå University, both in Sweden, show that the choice of preparation method influences the health effects of coffee.

Many previous studies have shown a connection between high coffee intake and a reduced risk of developing type 2 diabetes. Now, a study from Chalmers University of Technology and Umeå University, offers new insight into this connection, using a novel method to help differentiate between the effects of filtered coffee and boiled coffee.

“We have identified specific molecules – ‘biomarkers’ – in the blood of those taking part in the study, which indicate the intake of different sorts of coffee. These biomarkers are then used for analysis when calculating type 2 diabetes risk. Our results now clearly show that filtered coffee has a positive effect in terms of reducing the risk of developing type 2 diabetes. But boiled coffee does not have this effect,” says Rikard Landberg, Professor in Food Science at Chalmers, and Affiliated Professor at the Department of Public Health and Clinical Medicine at Umeå University.

Filtered coffee is the most common method of preparation in many places, including the US and Scandinavia. Boiled coffee in this case refers to an alternative method of coffee preparation sometimes used in Sweden and some other countries, in which coarse ground coffee is simply added directly to boiling water and left to brew for a few minutes. All the data used in the research came from a group of Swedish subjects and was collected in the early 1990s.

According to Rikard Landberg, many people wrongly believe that coffee has only negative effects on health. This could be because previous studies have shown that boiled coffee increases the risk of heart and vascular diseases, due to the presence of diterpenes, a type of molecule found in boiled coffee.

“But it has been shown that when you filter coffee, the diterpenes are captured in the filter. As a result, you get the health benefits of the many other molecules present, such as different phenolic substances. In moderate amounts, caffeine also has positive health effects,” he says.

The question is whether diterpenes also negatively influence sugar metabolism and are therefore the cause of why boiled coffee does not help lower the risk of diabetes, in the way that filter coffee does. The researchers still cannot say the exact nature of the link.

Many other types of coffee preparation were not specifically investigated in the study, such as instant, espresso, cafetière, and percolator coffee. These types of coffee were not common among the Swedish study population when the data was collected.

But given that espresso coffee, from classic espresso machines or the now popular coffee-pods, is also brewed without filters, Rikard Landberg believes the health effects could therefore be similar to boiled coffee, in terms of the risk of type 2 diabetes. Coffee made in a cafetière, or French press, is prepared in a similar way to boiled coffee, so it may also not have the positive effect of reducing type 2 diabetes risk. It is unclear whether instant coffee, the most popular type in the UK, would be more similar to filtered or boiled coffee in this respect.

But the researchers are careful to note that no conclusions can be drawn yet regarding these other preparation methods. Rickard Landberg also stresses that the health impacts of coffee do not depend solely on if it is filtered or not. They also vary with how the coffee beans, and the drink in general, are managed.

To differentiate the diabetes risk for boiled and filtered coffee, a new technique called metabolomics was used, in combination with classic dietary questionnaires. Metabolomics makes it possible to identify the blood concentration of specific molecules from a given food or drink and use that as an objective measurement of intake – instead of simply relying on self-reported intakes from the questionnaires, which are prone to large errors.

“Metabolomics is a fantastic tool, not just for capturing the intake of specific foods and drinks, but also for studying the effects that that intake has on people’s metabolism. We can derive important information on the mechanisms behind how certain foods influence disease risk,” says Lin Shi, Postdoctoral researcher and the lead author of the study.

What do mean by filtered coffee: different types of coffee and geographic examples

Filtered coffee refers to methods in which finely ground coffee beans are placed in a filter, and then water passes through, either in a machine or manually. Boiled coffee is made with coarsely ground coffee beans which are then added directly to the water. This method also includes Turkish and Greek coffee. In the USA, filtered coffee is the most common variety, while instant coffee dominates in the UK. Espresso-based drinks are most common in Southern Europe. Turkish coffee is popular in the Middle East and Eastern Europe.

More about the study

The study was a case-control study nested in a prospective cohort in the Västerbotten region of northern Sweden between 1991 and 2005. Participants answered questionnaires about eating habits and lifestyle. They also left blood samples which were stored frozen. From those who took part, a total of 421 people were identified who, after around 7 years, had developed type 2 diabetes. They were compared with 421 healthy control subjects. The original blood samples were then analysed. In addition, blood samples that had been provided ten years after the first blood samples were analysed for 149 of the case-control pairs.

Read the paper Plasma metabolite biomarkers of boiled and filtered coffeeintake and their association with type 2 diabetes risk.