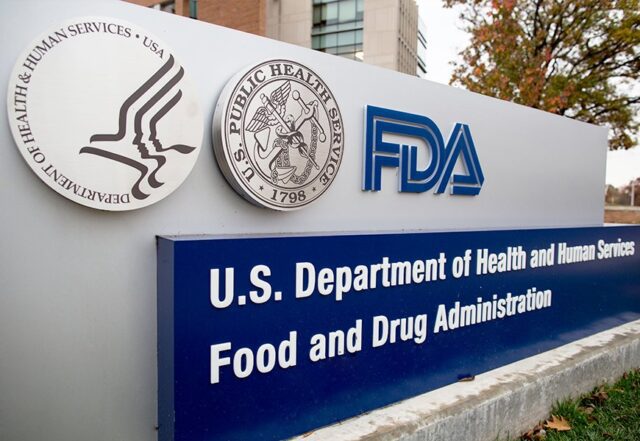 SILVER SPRING, Maryland – The Food and Drug Administration (FDA) has announced that, in response to a trend in which caffeine is being added to a growing number of products, the agency will investigate the safety of caffeine in food products, particularly its effects on children and adolescents.

Q: The announcement comes just as Wrigley’s (a subsidiary of Mars) is promoting a new pack of gum with eight pieces, each containing as much caffeine as half a cup of coffee. Is the timing coincidental?

A: The gum is just one more unfortunate example of the trend to add caffeine to food. Our concern is about caffeine appearing in a range of new products, including ones that may be attractive and readily available to children and adolescents, without careful consideration of their cumulative impact.

One pack of this gum is like having four cups of coffee in your pocket. Caffeine is even being added to jelly beans, marshmallows, sunflower seeds and other snacks for its stimulant effect.

Meanwhile, “energy drinks” with caffeine are being aggressively marketed, including to young people. An instant oatmeal on the market boasts that one serving has as much caffeine as a cup of coffee, and then there are similar products, such as a so-called “wired” waffle and “wired” syrup with added caffeine.

The proliferation of these products in the marketplace is very disturbing to us.

Q. What is your first step in this process?

A. We have to address the fundamental question of the potential consequences of all these caffeinated products in the food supply to children and to some adults who may be at risk from excess caffeine consumption. We need to better understand caffeine consumption and use patterns and determine what is a safe level for total consumption of caffeine. Importantly, we need to address the types of products that are appropriate for the addition of caffeine, especially considering the potential for consumption by young children and adolescents.

We’ve already met with some companies to hear their rationale for adding caffeine to varied products and to express our concern. We’ve also reached out to the American Beverage Association, which represents the non-alcoholic beverage industry, and the Grocery Manufacturers Association, which represents food, beverage and consumer-products companies.

Q. What is currently considered a safe amount of daily caffeine?

A. For healthy adults FDA has cited 400 milligrams a day—that’s about four or five cups of coffee—as an amount not generally associated with dangerous, negative effects. FDA has not set a level for children, but the American Academy of Pediatrics discourages the consumption of caffeine and other stimulants by children and adolescents. We need to continue to look at what are acceptable levels.

We’re particularly concerned about children and adolescents and the responsibility FDA and the food industry have to protect public health and respect social norms that suggest we shouldn’t be marketing stimulants, such as caffeine, to our children.

Q. What currently are FDA requirements concerning caffeine being added to foods?

A. Manufacturers can add it to products if they decide it meets the relevant safety standards, and if they include it on the ingredient list. While various uses may meet federal food safety standards, the only time FDA explicitly approved adding caffeine was for colas in the 1950s. Existing rules never anticipated the current proliferation of caffeinated products.

Q. Is it possible that FDA would set age restrictions for purchase?

A. We have to be practical; enforcing age restrictions would be challenging. For me, the more fundamental questions are whether it is appropriate to use foods that may be inherently attractive and accessible to children as the vehicles to deliver the stimulant caffeine, and whether we should place limits on the amount of caffeine in certain products.

Q. Have you taken any actions on other caffeinated products?

A. In 2010, we brought about the withdrawal from the market of caffeinated alcoholic beverages, primarily malt beverages, in part because of studies indicating that combined ingestion of caffeine and alcohol may lead to hazardous and life-threatening situations. Caffeine can mask some of the sensory cues that people might normally rely on to determine their level of intoxication.

A. They do. But we believe that some in the food industry are on a dubious, potentially dangerous path. If necessary, and if the science indicates that it is warranted, we are prepared to go through the regulatory process to establish clear boundaries and conditions on caffeine use. We are also prepared to consider enforcement action against individual products as appropriate.

However, we hope this can be a turning point for all to prevent the irresponsible addition of caffeine to food and beverages. Together, we should be immediately looking at what voluntary restraint can be used by industry as FDA gets the right regulatory boundaries and conditions in place.

I’m hopeful that industry will step up.