LONDON, UK – The Fairtrade Foundation is inviting individuals across Britain to take part in a virtual festival, being launched to highlight how the climate crisis is affecting the future of food and those who produce it. Taking place during Fairtrade Fortnight 2021, from 22 February – 7 March, the Choose the World You Want Festival will feature a series of virtual events designed to engage, inform and educate people around the urgent message of Fairtrade and climate change.

Visit the Choose the World You Want Festival

Fairtrade supporters and ethical shoppers are being encouraged to take part in the free digital festival – the first of its kind hosted by the Fairtrade Foundation. The online initiative will bring the movement together and feature panel discussions, performances, workshops and collaborations between the Fairtrade Foundation and retailers, chefs and high-profile names in the world of food and sustainability.

Fairtrade Fortnight 2021 marks the start of a new climate campaign asking the British public to get behind Fairtrade so that farmers overseas can benefit from fairer prices, fairer trading practices and the resources needed for tackling the climate emergency in low-income countries such as Kenya and Honduras.

As global trade changes in ways we could not have imagined a year ago, poverty will continue to be a key contributor to further environmental degradation and the inability for farmers to adapt to environmental shocks. Farmers in the global south need empowerment, fair value, fair prices, and fairer trading practices to resource the investment needed for mitigation, adaptation, diversification and resilience in the face of the climate crisis.

Nilufar Verjee, Director of Public Engagement at the Fairtrade Foundation, said: ‘Farmers and workers in agricultural communities in the global south have contributed the least to climate crisis – yet they are among the world’s most vulnerable and are already feeling the worst effects from unpredictable weather to natural disasters and disease. But without stable incomes, these farmers lack the ability to fight climate change impacts and continue to struggle to meet their immediate needs.

‘Poverty and environmental damage in our food supply chains will not end until exploited farmers are paid fairly and given the power to make their own choices. Only then will they have the power to effectively fight the impacts of the climate crisis.’

Fairtrade coffee farmer Bayardo Betanco, of the Prodecoop co-operative in Nicaragua, said: ‘There is a chain on earth that starts where the producers are. They are the ones who suffer the consequences of climate change, the ones who get the least help, and carry all of the burden. It’s not fair.’

Each year, communities nationwide play a key role in promoting Fairtrade Fortnight through their own campaigns, events and materials, in order to help raise awareness of the link between trade and poverty. The Fairtrade Foundation hopes people will engage with Fairtrade Fortnight once again this year, as part of their ongoing efforts to protect people and planet.

As valued members of the Fairtrade movement, thousands of Fairtrade towns, villages, schools and churches have already committed to using Fairtrade products, including tea, coffee, sugar and biscuits, and to supporting Fairtrade as a key solution for making trade fairer for those in lower-income countries.

Fairtrade is committed to fighting the climate crisis. Fairtrade Standards encourage producers to protect the environment by improving soil, planting trees, conserving water and avoiding pesticides, while Fairtrade’s programmes include climate academies for farmers to share best practice. At the same time, Fairtrade makes training available to producers so that they can use the latest agricultural methods, such as intercropping and shade-grown coffee to adapt to conditions.

Fairtrade continues to raise the voices of producers and prioritise what they need to respond to the environmental crises unfolding in already vulnerable communities. 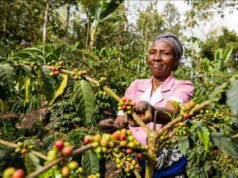 Being cool has never been so hot: join the coffee&climate webinar on March 16 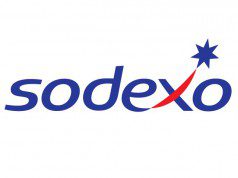 La Niña past peak, but influence is expected to continue in the broader Pacific Basin, says Bom