ExpoEspeciales 2015 to be held in October 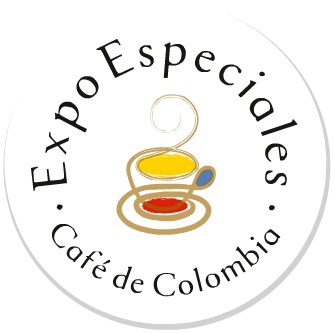 Under the motto, “Colombia, a renovated vision,” the 8th edition of the International Specialty Coffee Expo, ExpoEspeciales Café de Colombia, will be held from October 15 to 18, 2015 in Corferias, the most important exhibition and events center in Bogota, Colombia.

ExpoExpeciales Café de Colombia has become the most important international specialty coffee expo in Latin America and the Caribbean, due to the number of attendees each year, the high caliber of its academic agenda, the relevance of industry-related topics, and the opportunity to network at the highest level, thanks to its business matchmaking forum.

ExpoEspeciales is organized by the Colombian Coffee Growers Federation (FNC) as part of its value added strategy, in order to promote the production of the highest-quality coffees from different regions of Colombia, the country that produces the world’s best Mild Washed Arabica coffee.

ExpoEspeciales is also a propitious platform for consumers and coffee industry professionals that attend from different countries across Latin America, as well as buyers from Asia, North America and Europe.

ExpoEspeciales, which takes place every year in different cities of Colombia, integrates the entire coffee value chain and brings together farmers, traders, buyers, visitors and coffee lovers in one single place.

In addition to being an excellent showcase for coffees from different Colombian regions, this expo is also a platform to present and spread market trends and innovations on a national and global scale. It features spaces that facilitate commercial, cultural and academic exchanges, as well as sharing of experiences and knowledge between industry participants.

For the second time, the expo will host the business matchmaking forum, organized by the FNC and ProColombia (formerly ProExport, the Colombian government’s agency for promotion of non-traditional exports, attraction of foreign investment and positioning of Colombia as a world-class touristic destination).

Producers, suppliers and distributors of products and services will be able to get in contact with buyers and companies interested in learning about offers and business models that can make them grow within the coffee industry.

This year, within the framework of ExpoEspeciales Café de Colombia, “Coffee & Trade Beyond Barriers,” the IV Convention of the International Women’s Coffee Alliance (IWCA), will be held. It is organized by the IWCA itself and the FNC.

This educational and networking forum, to be held on October 15 and 16, will attract more than 300 members of the international coffee sector, including producers, exporters, importers, roasters and baristas, as well as industry analysts and IWCA chapter members from around the globe. A broad selection of subjects that impact men, women and families involved in the seed-to-cup process will be explored.

“The IWCA represents coffee-growing women from producing countries to empower them, make them visible, get support programs and show the importance of women in the coffee value chain,” Ana María Lleras, coordinator of the FNC Coffee-Growing Women Program, explains.

It is worth highlighting the 10th Colombian Barista Championship and the 5th National Cup Tasters Championship, two other events of great tradition that will take place within the framework of this important expo. The barista champion will represent Colombia at the 2016 World Barista Championship, which will be held in Dublin, Ireland.

A rich and varied academic agenda, with top-notch speakers, will allow attendees to familiarize themselves with relevant industry issues, such as the diversity of Café de Colombia, the FNC’s specialty coffees strategy and industry trends, among others.

Other events enriching the academic agenda include food pairing shows and the traditional Q meeting, co-organized by the FNC and the Coffee Quality Institute, as well as activities under the “Toma Café”, Colombia´s National Program to support coffee consumption led by FNC.

A bit of history

ExpoEspeciales was first held in 2008, in the city of Neiva, Huila, and was created to strengthen the industry and encourage greater dynamism in the coffee business.

The 4th edition, which was held in 2011 in Bogotá, brought together more than 19,000 people, as this event was held in conjunction with the World Barista Championship. In 2015, the Colombian capital will once again serve as the venue for the event.

As visitors and buyers: