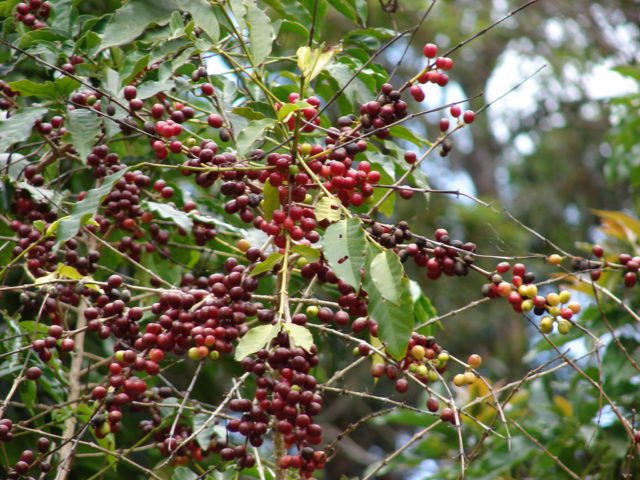 CORVALLIS, Oregon, U.S. – “Hot coffee” is not a good thing for java enthusiasts when it refers to plants beset by the high-temperature stress that this century is likely to bring, research at Oregon State University suggests.

A study by OSU’s College of Forestry showed that when Coffea arabica plants were subjected to short-duration heat waves, they became unable to produce flowers and fruit.

That means no coffee beans, and no coffee to drink.

C. arabica is the globe’s dominant coffee-plant species, accounting for 65 percent of the commercial production of the nearly 20 billion pounds of coffee consumed globally each year.

A major finding was that the younger, “expanding” leaves were particularly slow to recover compared to mature leaves, and that none of the plants that endured the simulated heat waves produced any flowers or fruit.

“This emphasizes how sensitive Coffea arabica is to temperature,” said lead author Danielle Marias, a plant physiologist with OSU’s Department of Forest Ecosystems and Society. “No flowering means no reproduction which means no beans, and that could be devastating for a coffee farmer facing crop failure.

“Heat is very stressful to the plants and is often associated with drought. However, in regions where coffee is grown, it may not just be hotter and drier, it could be hotter and wetter, so in this research we wanted to isolate the effects of heat.”

In the OSU study, C. arabica plants were exposed to heat that produced leaf temperatures of a little over 120 degrees Fahrenheit, for either 45 or 90 minutes.

That leaf temperature, Marias emphasizes, is a realistic result of global climate change and also more than the surrounding air temperature – think of how hot, for example, asphalt gets in the sunshine on a 90-degree day.

Expanding leaves subjected to the 90-minute treatment took the longest to recover physiologically as measured by photosynthesis; chlorophyll fluorescence, an indicator of photosynthetic energy conversion; and the presence of nonstructural carbohydrates, which include starch and free sugars involved in growth, reproduction and other functions.

“Based on the leaf energy balance model, the inhibited stomatal conductance reduces evaporative cooling of leaves, which could further increase leaf temperatures, exacerbating the aftereffects of heat stress under both full and partial sunlight conditions, where C. arabica is often grown.”

Regardless of leaf age, the longer heat treatment resulted in decreased water-use efficiency, which could also worsen the effects of heat stress, particularly during drought.

Results of the research were recently published in Ecology and Evolution. The National Science Foundation supported the study, co-authors of which were Frederick Meinzer of the U.S. Forest Service and Christopher Sill of the OSU Department of Forest Ecosystems and Society.

Scientists have found the mathematical model to brew the perfect cup o...