The upper-ocean heat content anomaly was slightly positive during April, reflecting the strengthening of above-average temperatures at depth around the Date Line.

Atmospheric convection anomalies were weak over the central tropical Pacific and Maritime Continent, while the lower-level and upper-level winds were near average over most of the tropical Pacific.

Overall, the ocean and atmosphere system remains consistent with ENSO-neutral.

Most models predict the onset of El Niño (3-month average Niño-3.4 index at or greater than 0.5°C) during the Northern Hemisphere summer.

However, the NCEP CFSv2 and most of the statistical models are more conservative and indicate that while Niño-3.4 index may be near or greater than +0.5°C for several months, the warmth may not last long enough to qualify as an El Niño episode (5 consecutive overlapping seasons) and/or may not significantly impact the atmospheric circulation.

Relative to last month, the forecaster consensus reflects slightly lower chances of El Niño (~45%), in part due to the conflicting model guidance and lack of a clear shift toward El Niño in the observational data.

In summary, while chances are slightly lower than 50%, ENSO-neutral and El Niño are nearly equally favored during the Northern Hemisphere summer and fall 2017. 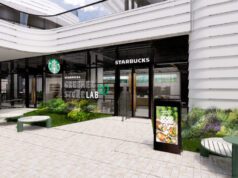