Ember’s Founder and CEO, Clay Alexander will continue to influence strategic business decisions and product development for Ember’s consumer products and will transition to Group CEO of Ember while also taking the helm of the newly created role as CEO of Ember’s healthcare division. Clay will also remain as Ember’s Chairman of the Board of Directors.

“It’s an incredible privilege to welcome a seasoned chief executive such as Jim to Ember,” said Clay Alexander. “His deep category knowledge in scaling premium consumer electronic brands and thoughtful leadership will be an invaluable resource, and complement our leadership team as we grow our consumer division.”

Alexander continued, “When I founded Ember, I knew there were endless applications for our temperature control technology and with Jim joining our team, we’ll be able to focus on our emerging healthcare vertical and use our technology to help improve and even save lives.”

Jim Rowan joins Ember after serving as Dyson’s COO and later CEO for a combined 8 years, where he helped scale the business from $1.6 billion to $7.3 billion annually. During his tenure, he expanded Dyson’s product categories into beauty care and in-home air purification, as well as extended the range of commercial hand dryers and Dyson’s cordless vacuums. Rowan was also instrumental in the launch of Dyson’s retail store division, opening hundreds of Dyson stores globally and accelerating the expansion into China and other Asian markets.

Prior to Dyson, Rowan was the COO of Research In Motion (BlackBerry) from 2007 to 2012 where he scaled the BlackBerry business operations and supply chain to $20 billion in annual revenues.

“I’m honored to be joining such a world-class organization as Ember,” said Jim Rowan. “The combination of their cutting-edge technology, premium brand, unparalleled design and customer-first approach have all the makings for a monumental success story. I’m privileged to be given the opportunity to be a part of that story and grow the consumer division worldwide.”

Ember’s namesake temperature control products, the Ember Mug 2 and Ember Travel Mug 2 took the consumer electronics category by storm, completely revolutionizing the way people enjoy hot beverages by giving consumers a way to precisely control their drinking temperature for the first time. Since the launch in 2016, the Company has expanded globally into 27 countries and continues to experience a strong annual sales growth rate of 50% year-over-year. Ember was also named one of TIME magazine’s Best Inventions of 2017.

Ember temperature control smart mugs are available in over 10,000 retail doors worldwide, including top retailers such as Best Buy, Apple, Williams Sonoma, Bloomingdale’s, and Target, where the brand launched chain-wide last fall. Sales continue to outpace expectations, including Ember’s e-commerce, which has seen notable triple-digit year-over-year growth as many consumers shifted to online shopping in 2020.

In his new role, Rowan will work with Ember’s leadership team to further expand Ember’s global presence in Asia and Europe as well as continue to grow the brand’s U.S. sales and distribution channels. He will also leverage Ember’s significant IP portfolio and innovative temperature control technology to create and launch ground-breaking products that will continue to delight Ember customers worldwide. 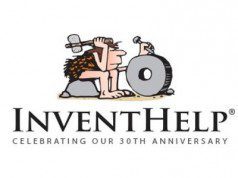 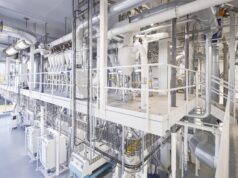 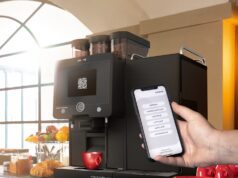