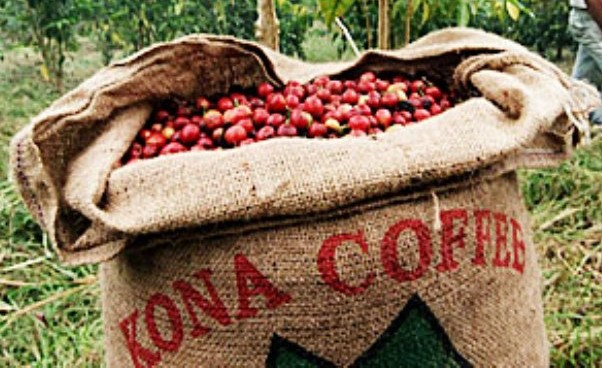 KAILUA-KONA, Hawaii, U.S. — Kona coffee farmers say a strong crop yield is likely despite an unusually dry winter brought on by the most recent El Nino and its stabilizing influence on weather patterns over the main Hawaii Islands.

But the drought-like conditions that disrupted the industry in January and February have still delayed the harvest by several weeks, which has ramifications of its own.

“It flowered very late this year, and we’re just starting to pick now whereas we usually start in mid to late July, at least at our elevation (of roughly 1,500 feet),” said Bruce Corker, president of the Kona Coffee Farmers Association and owner of Rancho Aloha. “So we are a good two months later than normal.”

Trent Bateman, owner of Mountain Thunder Farms, which is situated at about twice the elevation of Corker’s operation, said his harvest there began about a month late.

It’s a result that will produce a couple of noticeable consequences, namely a shortage in part-time labor availability.

“What I’m seeing is that we’re going to have one big round coming up in late October or November that’s going to take 60 to 80 percent of what’s left of the coffee all at once,” Bateman said. “We might be short on pickers because so much coffee is coming off the trees at the same time. As a group, we’re going to (have some struggles) getting all the coffee picked.”

While circumstances will drive up a demand for bean pickers, the general supply and demand structure of the coffee itself is likely to remain more or less on par with previous years.

That’s because the drought itself didn’t put much of a dent in crop yield as most farmers took the necessary steps to supplement irrigation. But that necessity has put a dent in the profit margins for local producers.

“Water costs were up quite a bit, and that was the case for us as well,” said Kate Hickey, owner of Sunshower Farms and president of the Kona County Farm Bureau. “That didn’t really hurt our yield, maybe slightly, but more so it just really hurt our bottom line.”

Hickey’s farm operates on a catchment style of irrigation, where rain water is captured and funnelled into storage tanks used to water the trees. County water is an expensive way to irrigate, Hickey said, but many farms below a certain elevation have readily available access to it if necessary.

The water costs during drought periods are even more prohibitive at Sunshower Farms due to the 2,400-foot elevation. Not only does Hickey have to pay for county water, she also has to absorb the cost of its delivery. She said she spent about $200 for every 4,000 gallons delivered.

Conventional economic wisdom would suggest that the extra cost of production — on top of what is likely to be a minor dip in the overall availability of product due to diminished harvests for the portion of coffee farmers who chose not to irrigate at all — would lead to higher prices.

Hickey said because of a more controlled pricing structure involving middle men and roasters, however, that’s not likely to be the case.

Only those producers who roast and sell their own branded product to stores or directly to the consumer are likely to have the flexibility to increase price in any substantial way and recoup the extra costs of production.

Some areas across the coffee belt also saw slower rains in September. Kealakekua, for instance, received only 39 percent of its average rainfall for the month, bringing the year-to-date precipitation numbers in the area down to about 65 percent of normal through the first nine months of 2016.

But Corker said the dry spell shouldn’t create much of an overarching affect moving forward unless it continues for an extended period of time, primarily because the light rain patterns weren’t pervasive across elevations or farming locations.

“You can’t really just focus on one location … the type of rain we tend to get on Kona slopes can be kind of hit or miss,” said Kevin Kodama, senior service hydrologist with the National Weather Service in Honolulu. “You kind of have to look at the blend, look at the whole area so you can kind of get a feel for what the area is like. Sometimes you see more consistency, but last month, it tended to be a little spottier.”

One concern Corker, Bateman and Hickey all shared, though, was a second consecutive dry winter. Hickey said that worry should be especially applied to farms who don’t utilize irrigation systems as the trees’ immune systems, for lack of a better word, would be significantly affected by back-to-back periods of drought.

“As farmers, we always have concerns about the weather,” Corker said. “We worry we’ll get another dry winter next year, and if we do, it’s going to affect things.”