MILAN – A new study released by the University of California-Irvine reveals that consuming moderate amounts of coffee and alcohol is linked to living a longer life. The 90+ Study was initiated in 2003 to study the oldest-old, the fastest growing age group in the United States. The 90+ Study is one of the largest studies of the oldest-old in the world. More than 1,600 people have enrolled.

Because little is known about people who achieve this milestone, the remarkable increase in the number of oldest-old presents a public health priority to promote the quality as well as the quantity of life.

Initial participants in The 90+ Study were once members of The Leisure World Cohort Study (LWCS), which was started in 1981. The LWCS mailed surveys to every resident of Leisure World, a large retirement community in Orange County, California (now incorporated as the city of Laguna Woods). Using the 14,000 subjects from the LWCS, researchers from The 90+ Study were able to ask, What allows people to live to age 90 and beyond?

Participants of The 90+ Study are visited every six months by researchers who perform neurological and neuropsychological tests. Our researchers at the Clinic for Aging Research and Education (CARE), located in Laguna Woods, obtain information about diet, activities, medical history, medications and numerous other factors. Additionally, participants are given a series of cognitive and physical tests to determine how well people in this age group are functioning.

Goals of the study

Researchers from The 90+ Study have published many scientific papers in premier journals. Some of the major findings are:

The 90+ Study is seeking new participants. If you are at least 90 years old and are willing to participate in twice annual visits and donate your brain to research after death, you may be eligible to enroll in The 90+ Study. 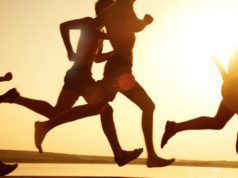