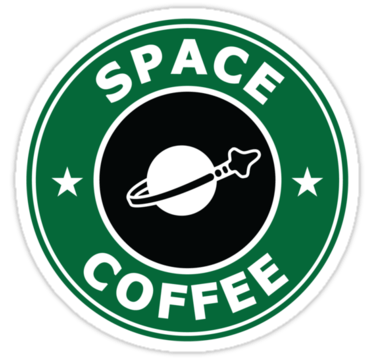 Zero gravity is all fine and well — but not being able to grab a cup of joe in the morning would be a huge dealbreaker for many prospective astronauts. Thankfully, NASA has a solution to the problem.

Traditional cups are useless in microgravity environments. Liquids don’t drip or flow in space, so it just sits there in a kind of congealed state. Sure, you could try tipping the cup towards your face, but nothing would come out. Or, if you shook the cup and tried to use inertia to get it out, the liquid would likely spew out in unpredictable ways — a serious problem seeing as, in the case of coffee, we’re talking about something that’s scalding hot.

And it’s not just coffee that behaves in this way, of course. Other liquids, like cryogenic fuels, thermal coolants, potable water and urine do it, too. So getting liquids to work in ways we need it to is important.

Physics professor Mark Weislogel of Portland State University has thought a lot about these problems. To that end, he’s developed a microgravity condensing heat exchanger and a device that separates and controls multiphase fluids. And along with astronaut Don Pettit, he’s also developed a zero-g coffee cup.

To make it work, the cup features a sharp interior corner. In zero-g, capillary forces send fluid flowing along the channel directly into the mouth of the drinker. As the astronaut sips, more fluid keeps coming out.

“This may well be what future space colonists use when they want to have a celebration,” notes Pettit.

Or more likely, to get that much needed buzz in the morning. Phew, space just became a real possibility once again.

La Marzocco shares a series of videos about the Holiday Season around ...

It’s all about caffeine: New video of the #TEE18 series dedicate...