LONDON – Coffee prices fell sharply at the end of April as institutional investors sold off their positions.

The coffee market continues to be well supplied as total exports in the first half of coffee year 2016/17 are estimated up by 4.8% to 60 million bags.

In absence of fundamental news, the outlook for the 2017/18 crop is generally positive but some uncertainties remain.

The monthly average of the ICO composite indicator price decreased significantly compared to last month, down 2.7% to 130.39 US cents/lb.

After gaining slightly in the first half of April, daily prices started to decline sharply on 20 April, dropping to a low of 122.25 US cents/lb on 27 April. At month-end, daily prices were 6.9% lower than at the beginning of April.

All three Arabica groups fell significantly but the sharpest decline was recorded for Other Milds, which were down by 3% compared to the previous month.

The average prices for Colombian Milds and Brazilan Naturals were 2.2% and 2.6% lower, respectively.

The differential between Colombian Milds and Other Milds, which has been consistently negative for more than three years, has reached the narrowest gap in 26 months, down to -0.43 US cents/lb.

The prices for Robustas showed a similar decline and were 3% lower reaching a monthly average of 103.58 US cents/lb.

The Arabica/Robusta arbitrage, as measured on the New York and London futures markets, dropped by 1% to 43.92 US cents/lb, the lowest level since January 2014.

The sudden fall in prices in the second half of April is mainly the result of intensive activities of hedge funds selling off long positions, which had been building up over the past months.

This comes against the backdrop of an increasingly positive outlook for sufficient supply of coffee on the world market.

Like in the case of other agricultural commodities the coffee market is experiencing downward pressure.

This development is part of a broader decrease of prices in view of supply expectations for agricultural and non-agricultural commodities.

Cumulative total exports in the first half of coffee year 2016/17 (October to March) amounted to 60 million bags, up 4.8% compared to last year.

A drop in exports of Brazilian Naturals by 2.4% was offset by significantly higher shipments of Colombian Milds and Other Milds.

For example, Colombia has successfully recovered from the coffee leaf rust crisis and increased production to levels last seen in the first half of the 1990s.

Shipments of Arabica coffees from origins in the Other Milds group are 16.6% higher than in the same period of the previous year.

These very high export volumes have ensured that consumer stocks are well supplied.

At the end of December 2016, stocks of green coffee in importing countries reached 23.5 million bags, compared to 23 million in December 2015.

In the first quarter of 2017, the inventories have further increased, reaching record levels in some countries. For example, March inventories in the United States climbed to 6.7 million bags, the highest level since 1994.

The supply outlook for 2017/18 seems increasingly positive. Initial concerns about frost in Brazil and a shortage of rainfall in Vietnam affecting the 2017/18 crops have eased.

However, given low stock levels in Brazil, any adverse weather events in the coming months would pose a risk to future supply from that country.

Similarly, the threat of an outbreak of coffee leaf rust in smaller producing countries such as Honduras adds uncertainty. 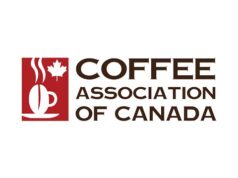 Covid-19 has not stopped Canadians from enjoying their cuppa, study shows 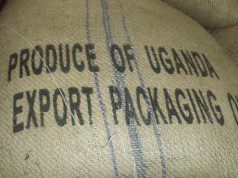 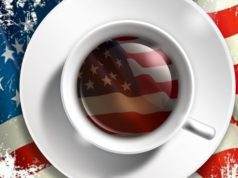