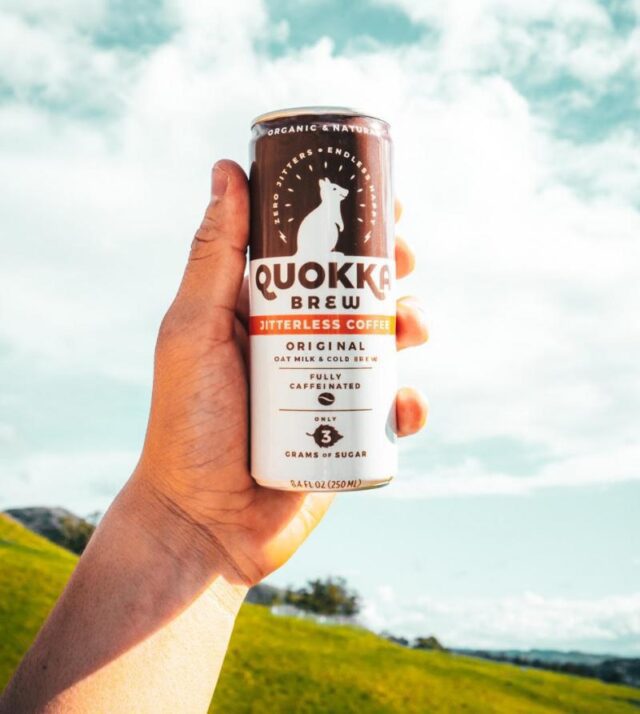 BERKELEY, California, U.S. — After launching its new oat milk lattes on Indiegogo, a crowdfunding website that allows the public to pre-order products, Quokka Brew set the record for the highest funded launch day of any crowdfunded beverage ever.

Just a few months prior, the founders Ofek and George decided to take a risk which paid off. The two recent UC Berkeley graduates rejected their job offers and decided to pursue Quokka Brew full-time, the caffeinated Jitterless Coffee® company they founded in their Junior year of college.

We drink coffee in order to increase our focus and energy levels, but most of the time end up experiencing the jitters and shakes, the crash after a few hours, and some of us even struggle with increased anxiety.

“Although many of us experience the negative side effects of caffeine, we used to have no choice but to power through them in order to get a boost of energy, and never really questioned this inefficiency. At Quokka Brew, we did. We eliminated these negative side effects, allowing us to completely reimagine how productive and sharp coffee can make us feel,” said Ofek Arush.

Formulated with a proprietary blend of organic amino acids and brain-boosting nootropics, Quokka Brew is the market’s first caffeinated Jitterless Coffee. The company’s patent-pending blend is scientifically proven to eliminate the jitters, anxiety, and the crash from caffeine—all without sacrificing any of the energy. Aside from eliminating the negative side effects of coffee, Quokka Brew is also proven to improve focus, cognition, and mental clarity.

After selling over 16,000 of their initial glass bottles, Quokka Brew is transitioning into shelf-stable 8oz infinitely-recyclable aluminum cans. “This not only will be a more sustainable packaging, but will also allow us to scale nationally and open distribution channels all over the nation that were once untouchable” said George Passantino. Additionally, the company made the big switch from almond milk to oat milk for two reasons: to perfect the flavor, and to be the most environmentally friendly coffee they can be.

The Indiegogo campaign for the new oat milk latte is now at over $32,000 raised, but seeing that there are 28 days left to this campaign as of July 16th, the sky is the limit.

Millie Chan (Gruppo Cimbali): «Covid has taught us to be flexible, vigilant and reactive»