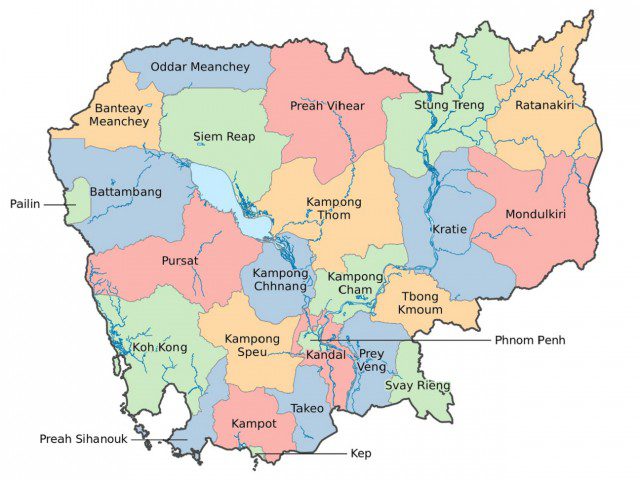 Demand for Cambodian coffee is outrunning supply. Demand for coffee grown in the remote northeastern province of Mondolkiri is on the rise, but farmers here say they can’t keep up.

At his coffee shop in the provincial capital Sen Monorom, coffee producer Chay Mao says customers keep coming, but it’s hard to keep up with them.

“We do not have coffee to sell them, since there is still just a small amount,” he said in an interview, as customers came and went around him.

The growth is due to government policies to promote local products and an effort to match neighboring Vietnam’s success with coffee.

Svay Sam Eng, the province’s deputy governor, says officials here are working to grow more coffee to meet the demand. “They grow coffee here and process here,” he said. Mondolkiri has a lot of land to grow coffee, but not enough farmers, he said. The soil is good, and farmers can get financial support and help finding markets. “We’re encouraging them to grow more,” he said.

Chay Mao first grew coffee on two to three hectares of land, but now he has 10 hectares and leads a newly formed coalition of about 70 members, who will help each other buy seeds and plant coffee. The next step is to get the message out to prospective growers, he said. “If they want to grow coffee, we have a market for coffee these days.”

Nearby, at the Coffee Resort, tourists come and go, getting local iced coffee for takeaway. Bou Sopheap, the owner here, says he would like to expand his own coffee growing operation, but he needs funding. He already has 15 workers on the farm, who stay very busy, particularly making sure the coffee plants get enough water.

That’s where he needs the most help, he said. “The water is very important. If anyone can help me with water.” He needs up to $50,000 to put in the right irrigation system, he added. “We have the place, but we cannot afford it. What I’ve done as of now is very costly, but it is not good.”

Chang Bunleang, the managing director of Brown, said he imports up to 1.7 tons of coffee each month from Thailand. He would buy locally, if the quality were as good, he said. He has spoken to Chay Mao and other farmers about this, he said in an interview.

“We want to help Cambodian farmers,” he said. But he also needs the right coffee—Arabica—and not Robusta, he said. He is looking for ways to make that work locally, and will soon visit Mondolkiri again, he said, but Arabica doesn’t grow well in Cambodia.

Chay Mao and Bou Sopheap say they hope to expand their coffee farms. “In two or three years, there will be more coffee in Mondolkiri,” Chay Mao said. “Now farmers are focusing more on coffee.”