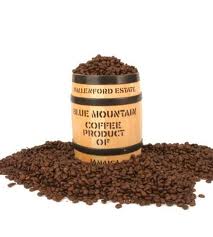 KINGSTON, Jamaica – There has been a decline in the demand for Blue Mountain Coffee on the Japanese market, where 70 per cent of locally produced coffee is sold.

This was disclosed during a meeting Minister of Industry, Commerce, Agriculture and Fisheries Karl Samuda had with coffee farmers, dealers, exporters as well as officials from the Coffee Industry Board, at the ministry’s Hope Road offices on last Friday, as part of a review of the sector.

A news release from the ministry said the level of coffee production and the price to be paid per box to farmers were among the topics discussed.

According to the release, the decline in the demand for Blue Mountain Coffee on the Japanese market is because of the increase in prices charged by local processors.

The product has moved from US$27 to US$65 per kilogram in the last two years, the release stated.

“It is clear we must now understand that unless our coffee can be competitive against other albeit inferior sources of coffee, we will not be able to get the level of market satisfaction we need and this will impact negatively on our coffee farmers,” Minister Samuda said.

The agriculture minister has agreed to lead a team to include people from his ministry as well as processors, to visit farmers in the Blue Mountain coffee region to explain the pricing mechanism.

In addition, the Coffee Exporters Association, working in collaboration with the farmers, has been asked by Samuda to present a proposal to establish agro-parks in coffee-producing areas.