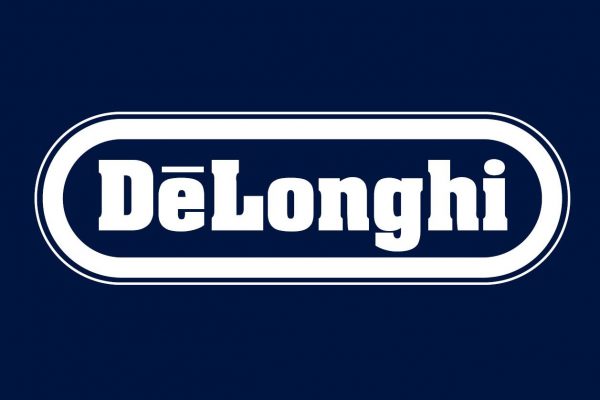 The Board of Directors of De ‘Longhi SpA also:

On the sidelines of the approval of the results, the Chief Executive Officer Massimo Garavaglia commented on 2021: “From the point of view of sales, the start of the year was extraordinarily strong, at a rate of growth, on a like-for-like basis, foreseen for the first quarter at around 50%. This evidence leads us to estimate the organic growth of revenues for 2021, also including the acquired Capital Brands, in the range 22% – 26% (i.e. in the area 12% – 15% on a like-for-like basis).

This important growth will allow us to continue to reinvest a portion of the operating margin in our support plans for product innovation, brand communication and strenghtening of the digital strategy aimed at a sustainable growth, while allowing us to achieve an adjusted Ebitda for the new perimeter substantially in line with 2020 as a percentage of revenues “. 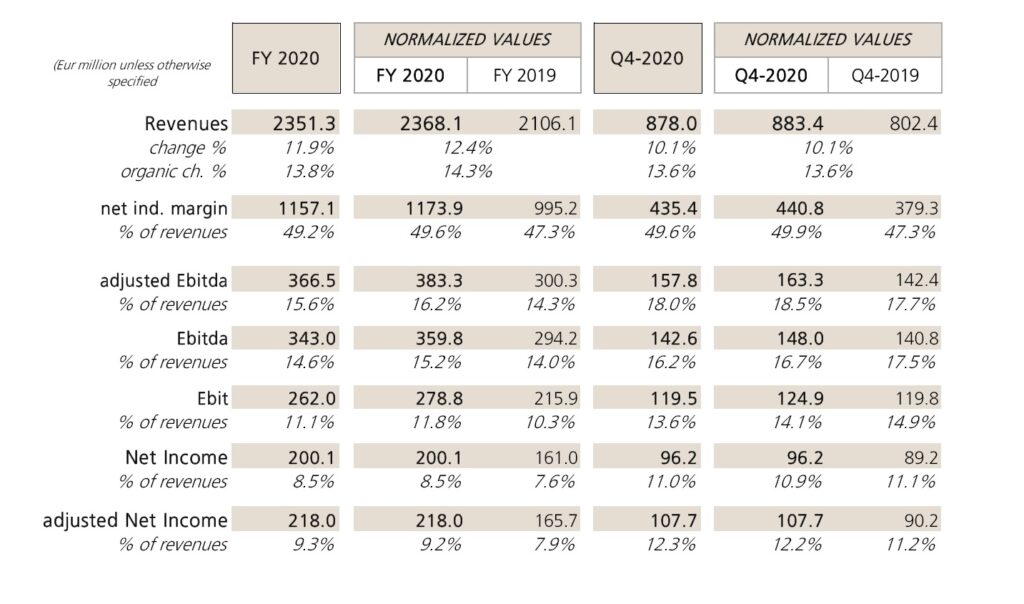 2020 was a year of high complexity which required extraordinary flexibility and reactivity from the Group. In the words of the Chief Executive Officer Massimo Garavaglia: “We have concluded a 2020 characterized by unpredictable developments and full of challenges that required an important effort by all the stakeholders involved in the development of the business.

The results obtained by the Group are first of all the result of an extraordinary commitment by our employees, to whom my special thanks go for their dedication and commitment in managing a particularly critical phase from both a professional and personal point of view. In the last year we have witnessed many changes in the market, on both the production and commercial fronts, to which the De’ Longhi group has been able to adapt with great flexibility and reactivity, thanks also to the strength of our brands, to the investments in the digital world and the continuous innovation process that has always characterized our Group”.

From an industrial point of view, the aforementioned flexibility has allowed workers to operate safely and production and supply-chain structures to provide customers with continuity of service. In this regard, our industrial investments continued to expand production capacity on both the Chinese and European platforms.

On the commercial front, the restrictions imposed by the management of the pandemic have inevitably changed the distribution presence, leading to an acceleration of the development of the online world both as a place of purchase and as a vehicle for communication.

The actions taken, as a whole, have allowed the Group to take advantage of the trends underway in the market, which have shown an increased attention of consumers towards the domestic environment, favoring purchasing choices towards products related to the “home experience”.

More specifically, in the field of coffee and food preparation the trend, already positive in the first months of 2020, has undergone a substantial acceleration during the year, with very sustained growth rates. These positive effects have found further support in the investment strategy in marketing and communication and product innovation pursued by the Group with a view to the medium-term development.

In the twelve months, all regions showed double-digit growth, in normalized terms, with the sole exception of the MEIA area (Middle-East / India / Africa), also penalized by the depreciation of the US dollar, which however saw a partial recovery, in organic terms, in the last two quarters of the year.

During 2020, all the main product segments recorded growing results, driven by the launches of new products and the increased attention by consumers to the themes of home experience and healthy nutrition, thus strengthening a trend already in place in previous quarters, thanks also to the significant investments in communication and innovation made by the Group.

The coffee segment (52% of revenues) achieved normalized double-digit growth both in the twelve months and in the last quarter, with an important expansion of the families of full-automatic and manual machines.

Capsule systems too were growing, but with a diluted incidence on the total segment.

The cooking and food preparation segment achieved normalized high single digit growth in both periods analyzed, mainly thanks to the expansion of kitchen machines, growing at a rate in-the-twenties both in the year and in the fourth quarter.

The cleaning and ironing segment closed 2020 with mid-single-digit growth in normalized terms, supported by a last quarter of double-digit expansion, in particular thanks to the recovery of the world of home cleaning.

With regard to the evolution of margins over the twelve months, in normalized terms:

Finally, we highlight the presence, among non-recurring expenses, of € 12.6 million relating to the donation in favor of the initiatives for the containment of the pandemic (€ 3.1 million) and the extraordinary bonus granted to employees and collaborators for the commitment shown in an unprecedented period of crisis (€ 9.5 million).

Year 2020 ended with the important acquisition of Capital Brands Holdings Inc., an American company leader in the personal blenders segment. The transaction, finalized on December 29, 2020, resulted into the consolidation of the balance sheet of the acquired company.

Excluding the acquisition of Capital Brands and the payment of dividends for €80.8 million, the cash generation for the year was € 364.3 million, after investments for € 89.5 million, of which € 8.8 million relating to investments in leased assets.

In particular, the net working capital improved considerably, thanks to a good performance of the aggregate of trade receivables and payables and with inventories under control, in line with the trend of the business.

The Board of Directors of De ‘Longhi SpA resolved to propose to the Shareholders’ Meeting (to be held on 21 April 2021) a dividend of € 0.54 per share, for a total amount of €80.8 million, payable starting from May 26, 2021, with coupon detachment on

1 The Group balance sheet as at Dec.31,2020 includes the consolidation of Capital Brands Holdings Inc. and its subsidiaries, following the acquisition finalized on 29.12.2020.

2 For comparative purposes, we may present so called “normalized” values, that is, comparable with those of the previous year, excluding the effects deriving from the reclassification of financial discounts (previously classified among financial charges and now included among commercial premiums and therefore netting the revenues).

3 “Organic” stands for at constant exchange rates and excluding the derivative effect.

4 “Adjusted” stands for gross of non-recurring expenses / income and of the notional cost of the stock option plans, net of the related fiscal effect.