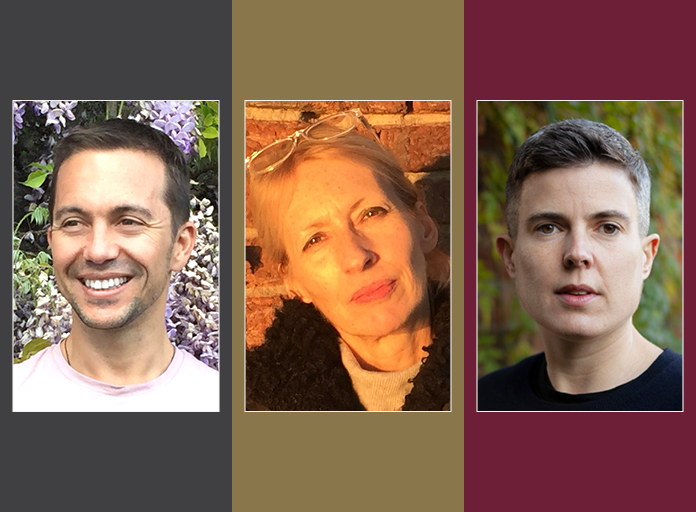 LONDON, UK – Costa Coffee has revealed the names of the three writers shortlisted for the 2021 Costa Short Story Award. Established in 2012, the Award – run in association with the Costa Book Awards but judged independently of the main five-category system – is judged anonymously i.e without the name of the author being known throughout the process.

It is open to both published and unpublished writers for a single, previously unpublished short story of up to 4,000 words by an author aged 18 years or over and written in English.

This year’s shortlisted writers are:

Lindsay Gillespie for Pholas Dactylus: Originally from South Wales, Lindsay Gillespie now lives in the South Downs. She has also previously worked in India and Japan. She started to develop a collection of short stories on the 2017-19 creative writing course at New Writing South and in 2017, won a Bradt Guides travel writing competition. Audio versions of her stories have been featured on Storyradio and at the 2020 Waterloo Festival. In 2021, she was longlisted for the Exeter Short Story Prize. She is currently writing a new short story collection.

Matthew Hurt for A Man in Half: Matthew Hurt is a London-based writer. Most of his writing to date has been for the theatre and screen and his plays have been produced across the UK and internationally. His most recent play, The Man Jesus, was nominated for an Irish Times Best New Play award and is published by Oberon Books.

For the screen, he has written several episodes of BBC 1’s EastEnders and has three feature length screenplays in development. He has also written plays for BBC Radio 4. A Man in Half is his second short story and he has recently completed his first novel.

L. E. Yates for Sunblock: L.E. Yates, originally from Manchester, lives in East London. After completing an MA in Creative Writing at UEA, she was awarded Arts Council, England funding for her writing. Her short stories have appeared in a range of publications including Litro, Gertrude Press and Clav Mag. She has been an Associate Lecturer in Creative Writing at the Open University since 2007 and is currently working on a novel.

The author of the story that received the most public votes receives £3,500 and will be announced as the winner at the Costa Book Awards ceremony which this year will take place on Tuesday 1st February. The second place and third place writers receive £1,000 and £500 respectively.

The shortlist of three stories was selected anonymously (without the identity of the author being known by the judges) by a panel of judges comprising of: Sarah Franklin, founder of Short Stories Aloud and Senior Lecturer in Publishing at Oxford Brookes University; Radio 2 Book Club producer, Joe Haddow; literary agent, Simon Trewin, and bestselling authors Adele Parks and Kit de Waal, herself a finalist for the Costa Short Story Award in 2013.

The judges also had the option to highly commend up to six additional entries. This year, the judges chose the following two stories for commendation:

Over the past 10 years, the Costa Short Story Award has spotlighted several previously unpublished writers, some of whom have subsequently gone on to be published to acclaim.

Previous winners include: Tessa Sheridan (2020), a Palme D’Or-winning screenwriter and director; Anna Dempsey (2019), a Florida-born educator and writer based in London; Caroline Ward Vine (2018), a former magazine publisher from Kent, who recently completed her first novel, Stolen Threads; Glasgow-born primary school teacher Luan Goldie (2017), whose debut novel Nightingale Point was longlisted for the Women’s Prize for Fiction 2020 and whose second novel, Homecoming, was published the same year; Jess Kidd (2016) from Surrey, the author of three adult novels, the first in 2016, and one children’s book, who is now developing her own original TV projects; former headteacher Daniel Murphy from Scotland (2015); Kent-based writer Zoe Gilbert (2014), whose first novel Folk (2018) was adapted for BBC Radio 4 Extra’s Short Works series; Angela Readman (2013), a Newcastle-based writer and poet, who has had three full collections of poetry published and several shorter collections and Avril Joy, the Somerset-born inaugural winner (2012), a former prison governor turned full-time writer, who has since published two novels, the most recent in September 2021.

The Costa Book Awards is the only major UK book prize open solely to authors resident in the UK and Ireland and uniquely recognises some of the most enjoyable books across five categories – First Novel, Novel, Biography, Poetry and Children’s Book – published in the last year. 2021 marks the 50th year of the Awards. Originally established in 1971, Costa Coffee has been running the UK’s most prestigious book prize since 2006.