Coffee production in Costa Rica is up this year by 15% to 1.47 million bags 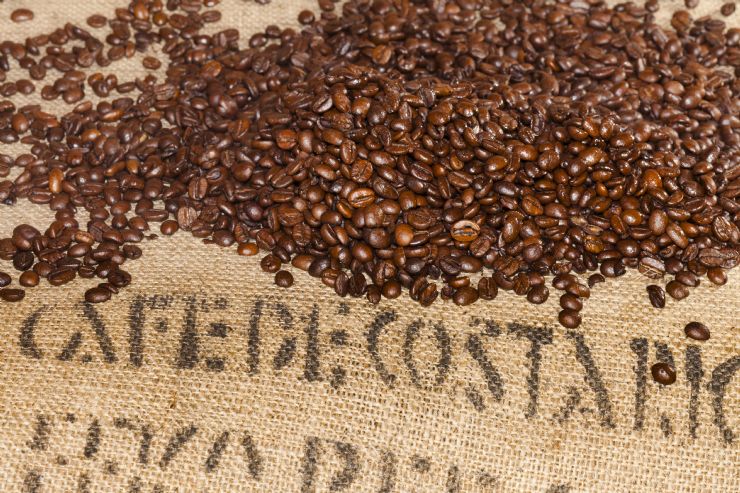 MILAN – Costa Rica ’s coffee production experienced significant change in the latest crop year, according to the latest report from USDA’s Foreigh Agricultural Service. After a decline of 15 percent in MY 2018/2019 to 1,276,000 60 kg bags, production rebounded 15.4 percent to 1,472,366 bags in MY 2019/2020, based on preliminary data from the Costa Rican Coffee Institute (ICAFE).

Although it is still early in the new marketing year, production is forecast slightly higher at 1,500,000 bags for MY 2020/2021, based on flowerings in different production areas.

The COVID-19 pandemic did not impact Costa Rica ’s MY 2019/2020 production because the harvest was for the most part over when the sanitary restrictions were implemented in early March.

ICAFE and the Ministry of Agriculture are now evaluating the sector’s labor requirements for the next harvest. Most of Costa Rica ’s coffee sector workers are Nicaraguan or Panamanian.

The immediate concern is the availability of these workers for the harvest in the early ripening areas of Turrialba, Coto Brus, and Pérez Zeledon, which starts in August.

Costa Rica’s borders are closed until June 15. According to health authorities, reopening of the border will depend on the COVID-19 situation.

Most of these farmers (about 91.4 percent in MY 2018/2019) are small farmers who sell less than 100 bags of coffee to the mills. On the processing side, the number of coffee mills continues to increase, growing from 259 in MY 2017/2018 to 272 in MY 2018/2019. The coffee harvest is concentrated in the months of November to February. The harvest starts in the lower altitude areas and ends in the higher altitude areas.

ICAFE updated the area planted information, estimating that there are 93,697 hectares of (ha) planted coffee. The data previously available was from a 2014 agricultural census conducted by the National Institute of Statistics and Census which estimated coffee area of 84,133 ha.

ICAFE is working with farmers to obtain more detailed information related to the coffee farms, such as age of the plantations, area harvested, and other data points. This information is not available yet.

Coffee production increased by 15.4 percent during MY 2019/2020 to 1,472,366 bags. The higher production came after a sharp decline the previous crop year. Several factors resulted in higher production. Rainfall in 72 percent of the coffee production areas resulted in a concentrated flowering and fertilization of the fruits, although the opposite occurred in 28 percent of the coffee regions where the plants surpassed the optimal stress level because of late rains.

Also, the behavior of the rains after the flowering period was variable. In regions such as the Occidental Valley and Los Santos a dry period complicated the application of fertilizer and hindered the proper development of the coffee fruits. In other areas, rainfall was more constant and resulted in higher incidence of diseases such as coffee rust, which caused flowering losses, falling of young fruit, and loss of foliage.

The cyclical effect of production was positive in the region of Los Santos, and in other production regions was higher mainly as a result of the better condition of the plantations after very low production during MY 2018/2019.

An even stronger rebound in total production did not occur because the production areas in the south of the country were severely affected by the coffee rust during 2017, 2018, and 2019. As a result, many plantations remained damaged and susceptible to the disease.

According to ICAFE, flowering has occurred in all the coffee regions under a fairly normal pattern, starting in the lower altitude areas, where the coffee cherries mature earlier in the year, with average precipitation during the first quarter of the year. These rains resulted in flowerings during those months, which is characteristic of the areas of Turrialba, Coto Brus, and Perez Zeledón. During the months of February, March, and April, there were rains in different regions, although some areas in the Central Valley and the Northern Zone have not completed the flowering process. It is expected that the process will be completed during the rest of May in those areas.

Based on the above as well as the observed conditions of flowerings, foliage conditions, and coffee diseases, the MY 2020/2021 crop is expected to be slightly higher, reaching 1,500,000 bags.

Costa Rican coffee is generally priced at a premium to the prevailing price at the Inter Continental Exchange in New York. Industry sources suggest that the premium has helped producers stay in business during an extended period of low prices. According to ICAFE, the average sale price of Costa Rican coffee during the last four crop years has remained above $145 per bag.

During MY 2019/2020, Costa Rican coffee has sold at an average of $155.7 per bag. Local sources note that the quality of the coffee, the environmentally friendly production conditions, the high level of product traceability, and the fair distribution of income generated by the activity, confer this premium to Costa Rica’s coffee.

ICAFE remains cautious about the potential effects of COVID-19 on coffee demand. However, officials report that some clients have asked exporters to speed up their coffee shipments. The sector has not experienced logistical problems so far and has been able to meet its export commitments.