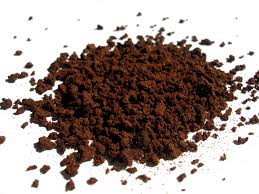 Half the world prefers instant coffee, according to an article on the Washington Post based on a report from Euromonitor.

“The markets where instant coffee is most popular tend to be the ones without a strong tradition of coffee drinking.” says Dana LaMendola, and industry analyst at Euromonitor. “It’s basically an entry point.”

This is why India and China are two of the fastest growing markets for instant coffee.

Australians, however, “like the stuff more than anyone else.”

Instant coffee makes up about 75 percent of all retail coffee consumed in Australia and New Zealand. In Eastern Europe, it accounts for 50 percent, only 25 percent of Western Europeans prefer instant.

While the rest of the world slugs down instant joe, America is “unique in its aversion to instant coffee” and when it comes to the $30 billion dollar coffee market, about $960 million is spent on instant coffee, or just 3.2 percent of the total sales.

The instant coffee market in North America isn’t merely the world’s smallest—it’s also the world’s slowest growing. Virtually all growth in the coffee market will come from fresh—not instant—coffee between now and 2018, according to estimates by Euromonitor.