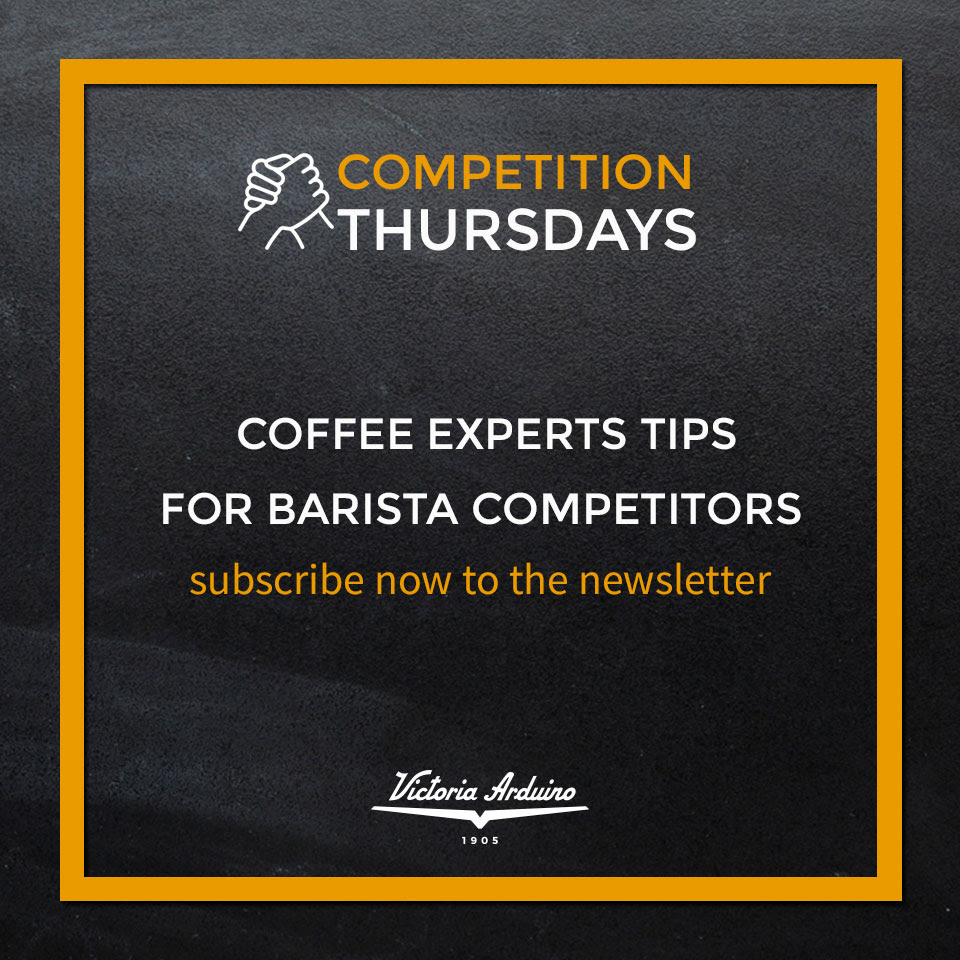 The countdown has started for the 19th World Barista Championship in Amsterdam, to coincide with the 2018 World of Coffee (21-23 June) and Victoria Arduino is ready. For the fourth consecutive year, supporting with its high technology and proven reliability for all baristas taking part in the competition.

Unanimous appreciation from champions of the last three editions; recognition from WBC that has contributed to raising the professional and cultural level of the whole world of coffee over the years, Victoria Arduino welcomes the organisers’ proposal to be competition technical partner and supplier of the official competition machine for another three years.

Victoria Arduino, in a long journey that started in 1905, has contributed to the history of espresso and cappuccino in the world. Unparalleled style has attracted baristas and customers of the most glamorous locales for more than a century.

For years now, with its high-level, innovative and exclusive technologies, the sustainability of its machines with unique design, looking to every ergonomic aspect, Victoria Arduino has been at the side of every Barista.

Victoria Arduino is close to many professional baristas who, with their busy daily work, help to grow the coffee industry.

To all of them, in addition to those preparing to participate in WBC 2018, Victoria Arduino dedicates “Competition Thursdays“, a special newsletter (subscribe here) that every Thursday, up until the date in Amsterdam, will provide useful information from well-known experts in the field.