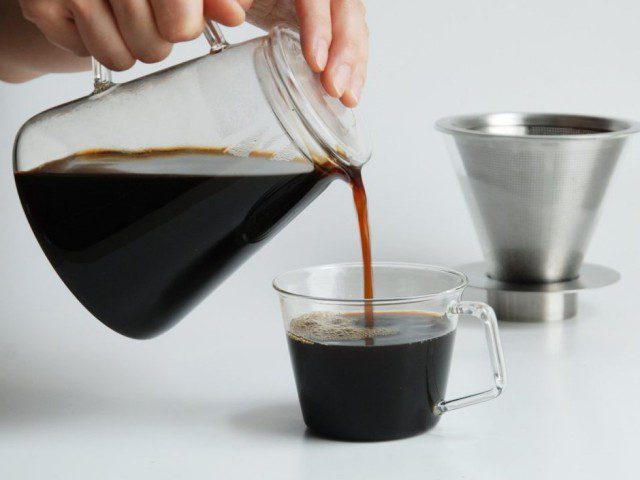 The conventional wisdom says that healthy people should drink about 8 cups of water a day. But does coffee count toward that water intake?

One expert, Eric Rimm, a professor of epidemiology and nutrition at Harvard’s T.H. Chan School of Public Health, explains the difference between decaf and regular and why coffee is an excellent beverage choice.

Professor Rimm says that there is no set amount of water a person must consume each day, because food itself contains a lot of water, and the body requires different hydration depending on how hot the climate is, how much people sweat and their body mass.

Water isn’t necessarily better than other beverages, “except for those high in added sugars, like a sports drink,” he says. Coffee is healthier than soda “for almost all health reasons,” he says, not limited to recent studies that show its ability to enhance memory up to 24 hours after the beverage is consumed.

Coffee can actually be a great alternative to water, especially when it’s unsweetened, because “it is almost without calories,” Prof. Rimm says. Coffee drinkers are gulping nearly all water when consuming black coffee.

Coffee has an unearned reputation for lowering water levels in the body, Prof. Rimm says. A study last year in England that included 100 male participants found that there was no difference in water retention between the 50 men who drank coffee and the 50 who didn’t. It has also been documented that heavy coffee drinkers build up tolerance to the diuretic effects of coffee.

The Added Benefits of Joe

Beyond its hydration benefits, a cup of Java has many other positive attributes: It’s high in natural polyphenols, which are micronutrients to which scientists are increasingly attributing a role in the prevention of degenerative illnesses like cancer, high blood pressure and cardiovascular disease.

“This also is why we think those who drink two to three cups of coffee a day show lower rates of diabetes than those who do not drink any coffee,” Prof. Rimm says. Decaffeinated coffee has shown most of the same effects in studies.

Prof. Rimm says that, as long as a person has a diet that is high in fruits and vegetables and healthy fats, “there is no reason to think that someone who solely drank coffee would have any issues.” However, he cautions, drinking eight cups of high-caffeine cappuccinos a day over the long term might make a person edgy. “But most don’t drink coffee at that level,” he says. People sensitive to caffeine should switch to decaf, at least part-time to avoid the jitters, he says.

A study was conducted in the 1980s using the tiny sample of six students, during which each drank six pints of beer over three hours. While still nursing hangovers, their hydration levels were tested, and all were found to be normal. So, while drinking beer isn’t necessarily a bad thing, Prof. Rimm confirms that beer “is not a good beverage to use solely for hydration.” Still, it will not affect your daily water intake negatively.

A low-water, high-alcohol beverage like tequila, on the other hand, is probably not a great rehydration beverage, he says. “It’s not ideal to drink that after a run, though I doubt many people do that, anyway,” he says.

The Ocean Cleanup and The Coca-Cola Company launch unique partnership 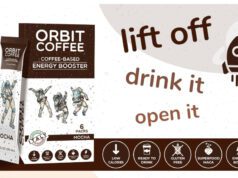 Orbit Coffee, the novel Italian energy booster, has officially touched down on US soil