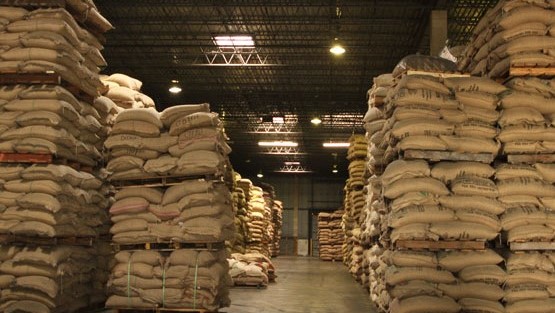 LONDON, UK — Since August 2017, the ICO composite indicator price has declined in each month except January 2018.

Indicator prices for all groups fell in March 2018, though the largest month‐on‐month decrease occurred for Colombian Milds, which fell by 1.4% to 139.45 US cents/lb.

This narrowed the price differential between Colombian Milds and Other Milds to an average of 4.42 US cents/lb, 15.3% lower than last month.

The surplus in production is reflected in increased shipments for all groups, except Colombian Milds, during the first five months of coffee year 2017/18.

The monthly average of the ICO composite indicator continued its downward trend in March 2018, decreasing by 1.1% to 112.99 US cents/lb.

The daily composite indicator started the month at a high of 115.23 US cents/lb, but generally fell during the rest of the month.

Prices for all group indicators drove the decline in the monthly composite indicator in March 2018.

As a result of these movements, the differential between Colombiam Milds and Other Milds decreased by 15.3% to an average of 4.42 US cents/lb.

The monthly average for the Robusta group decreased by 1.2% to 88.18 US cents/lb,
reversing the slight upward movement in February 2018.

The average arbitrage in March, as measured on the New York and London futures markets, fell by 3.8% to 41.80 US cents/lb, which is the lowest level since July 2017.

The decline in Arabica production is driven by lower output of Colombian Milds at 15.21 million bags (‐4.6%) and Brazilian Naturals estimated at 50.23 million bags (‐9.6%).

According to data from the National Federation of Coffee Growers of Colombia, the country’s total output for October 2017 through February 2018 reached 6.27 million bags compared to 6.94 million bags for the same period one year ago.

In the last five years, output during the first five months of the coffee year has been around 43% of the total.

The decline in production of the Brazilian Naturals group can be attributed largely to a decrease in Brazil’s production.

Output of Western Milds up 4.3%

Total output of Other Milds is estimated at 31.98 million bags in 2017/18, an increase of 4.3% compared to last year with output from the top four growers of this type estimated to increase.

Arabica exports reached 32.47 million bags during the first five months of coffee year 2017/18, 2.1% higher than the same period last year as increased shipments of Other Milds and Brazilian Naturals offset a lower volume of Colombian Milds.

Other Milds and Brazilian Naturals’ exports increased by 7.6% to 9.99 million bags and by 4% to 16.30 million bags, respectively.

Growth in shipments of Brazilian Naturals was led by Ethiopia, which exported 0.96 million bags in the first five months of coffee year 2017/18, 42.4% than one year ago.

Robusta production on the rise

Vietnam’s production is estimated at 29.5 million bags in coffee year 2017/18, 15.5% higher than last year, nearly all of which is comprised of Robusta.

Production growth has been matched by Robusta exports, which rose by 5.2% to 18.52 million bags in the first five months of coffee year 2017/18.

Vietnam’s exports of green Robusta have trailed behind shipments during the same period one year ago as rainfall delayed harvesting at the start of the season.

Vietnam’s green Robusta shipments for October 2017 through February 2018 amounted to an estimated 9.64 million bags compared to 9.75 million bags for the same period in the previous season.

Coffee year 2017/18 is estimated to be in surplus for the second consecutive year, with production exceeding consumption by 778,000 bags.

This excess is weighing down on global coffee prices in the current coffee year.

Additionally, exports in the first five months of the year have increased compared to the same period in 2016/17, a year in which record export volumes were recorded.

This has put pressure on prices as the market was well‐supplied at the start of the coffee year.