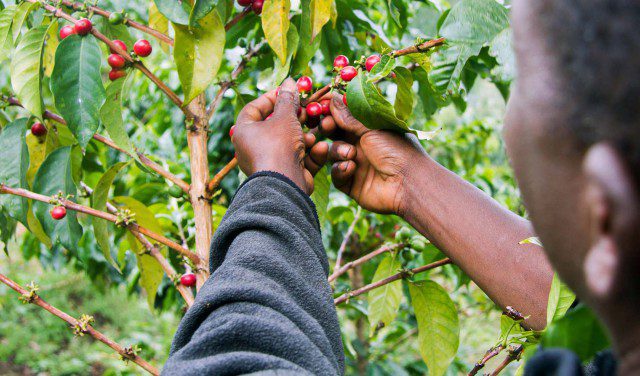 BOGOTÁ, Colombia – Associations of coffee growers representing over 30 countries in Latin America, Africa and Asia recently sent a joint letter to the main coffee buyers, in which they warn about the current crisis of prices and the urgency to find immediate joint solutions.

Among the intended recipients of the letter are companies such as Starbucks, Nestlé, Joh Johannson, Gustav Paulig, Folgers, Keurig and JDE.

“As the leaders of the associations that represent the coffee growers from more than 30 countries, we write to you to express our deepest concern about the current situation in the coffee market that is generating a deep economic, social and potentially political crisis, and unrest amongst coffee producers all over the world,” the letter reads.

The letter reminds that since 1990 coffee prices have been behaving in such a way that every day they are more and more damaging to farmers, to the point that in many countries they cannot even cover their production costs, let alone make a profit to earn a decent livelihood for themselves and their families.

Other effects of this situation are undocumented immigrants from Africa and Latin America illegally crossing borders to find a better future for themselves and their families, as well as the increase in illicit crops in some countries.

“Some may argue that ‘the market is the market and it does what it has to do.’ For some products, that may be the case. However, in the case of coffee, where you have the livelihood of more than 25 million families at stake, many of which are facing a pauperization process that is taking them to a situation of misery, that is nothing short of inhuman. But also there is risk of abandoning the coffee farms and constriction in supply, which is disadvantageous to the final consumer,” the letter states.

During the First World Coffee Producers Forum (WCPF) in Colombia in July 2017, attended by almost 1.500 farmers from 42 countries of Africa, Asia and Latin America and some industry representatives, it became very clear that the coffee value chain is one and its results are very positive as a whole.

However, a closer look makes it also very clear that some of the links are extremely profitable, while some others, particularly coffee producers, are doing so at a loss.

The conclusion is obvious: this imbalance needs to be corrected, and each and every link of the chain has to be profitable if we want to have a healthy and sustainable coffee industry. “We are all co-responsible for the sustainability of the coffee industry, not only at the environmental and social levels, but at the economic one, that is, the livelihood of farmers,” it points out.

Consumers are also a key part of the value chain. They do not know the current situation because it has not been informed to them, so it is the time to engage them globally to explain to them why coffee is at risk, not just by threats such as climate change but, more immediately, by the lack of economic sustainability of millions of coffee growers who are paid less than 1/3 of the 1982 price. “Poverty is the biggest predator of the environment and the social fabric,” it notes.

In the letter, the associations of producers acknowledge that the industry has made some focalized efforts to address issues such as environmental sustainability, climate change and social investment and they applaud them. “However, we cannot delay actions to improve the income of coffee farmers anymore,” they suggest.

The producers hope the letter will be the first step of a very serious discussion and joint actions with the industry to find ways to guarantee economic sustainability of coffee growers by increasing their income and avoiding the expansion of the social catastrophe that is brewing in many coffee countries.

For this purpose, a delegation of leaders of coffee associations was planning to meet with the directors of these large purchasing companies to explore the best avenues of cooperation.