Coffee chains lead the way as convenience takes over 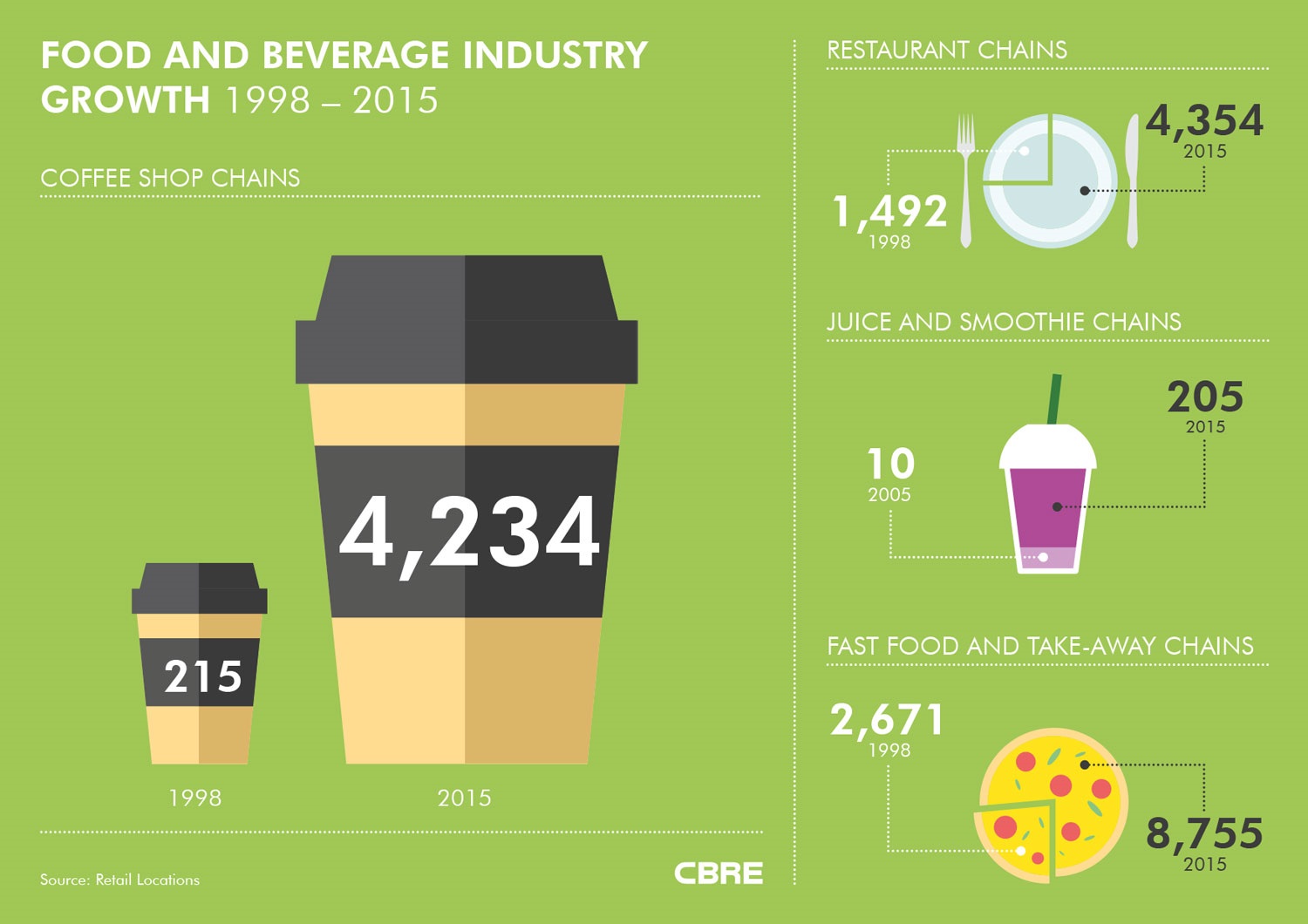 Consumer demand for convenience has seen the number of coffee shop chains increase almost 20 fold in the last 17 years, according to analysis from CBRE, the world’s leading global real estate advisor.

In the study of data supplied by Retail Locations, CBRE found that the number of coffee shop chains rose from 215 to 4,234 in the period.

This is still growing, with an increase of 6% between 2014 and 2015 alone as food and beverage plays an increasingly central role in the retail experience.

As proof of the diversification of the food and beverage landscape – evidenced by Whitbread’s recent 49% stake in healthy food chain Pure and a sales increase at Pret A Manger put largely down towards customers’ healthy eating choices – juice and smoothie chains have seen significant growth since their introduction to the market in 2005.

While these figures also include milkshake and ice-cream chains, total numbers are still 20 times higher, from 10 stores in 2005 to 205 by the end of 2015.

In contrast to the increase in food and beverage, a number of high-profile administrations has held back growth for more traditional retail chains – in particular footwear retailers such as Barratts and Stead & Simpson.

With some retailers adapting their offering to sell footwear as part of their range, the number of standalone footwear chains at the end of 2015 declined by over a quarter (26%) compared to 1998.

In total, over 1,000 footwear stores closed down in this period. There has also been a small decline (4%) in the number of department store chains over the 17 years. However, this trend has recently reversed, and between 2014 and 2015 the number grew by 2%.

“Not only has the coffee shop chain sector proved resilient over the years; it’s demonstrated remarkable growth. Consumers now demand convenience when they go out, and the ability to cater to this has been a huge springboard for this market,” said Seb Howard, head of London Leisure at CBRE.

“Likewise, the success of fast food and restaurant chains is further evidence of the role leisure is playing on a daily basis.

Capitalising on demand for both of these things, and using available floor-space wisely, is central to not only attracting consumers through the door, but increasing dwell time once that happens – key to driving spending.”