Coffee and honey protect biodiversity and generate incomes in Ethiopia 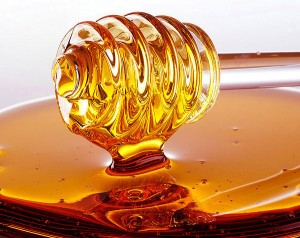 ESCHBORN/FREIBURG/HAMBURG, Germany – Sustainably produced fair-trade organic foods are enjoying a surge in demand in the European market, creating not only profits for firms here in Europe but also new income-generating opportunities for smallholders in developing countries.

And this line of business can also protect the environment, as a development partnership between the Deutsche Gesellschaft für Internationale Zusammenarbeit (GIZ) GmbH, Original Food GmbH and Tuchel & Sohn GmbH shows.

The partnership – which is supported by the develoPPP.de programme established by the German Federal Ministry for Economic Cooperation and Development (BMZ) – aims to promote the trade in wild coffee and honey in Ethiopia.

It has a presence at the BIOFACH Trade Fair for Organic Food in Nuremberg from 10 to 13 February, where it will be represented by GIZ (Hall 4, Stand 669), Original Food (Hall 6, Stand 149) and Tuchel & Sohn (Hall 6, Stand 261). Produce from the project will also be on display at the stands.

The mountain rainforests in south-west Ethiopia are a biodiversity hotspot and play a key role in global climate change mitigation. A multitude of varieties of wild coffee (Coffea Arabica) and thousands of healthy colonies of wild bees are also found here.

The development partnership offers communities in the Kafa and Sheka regions the chance to utilise the forests’ natural resources as an income source, thus creating incentives for them to protect these endangered forests.

Original Food has been engaged in the Kafa region for some years via the develoPPP.de programme.

Coffee farmers harvest the wild coffee growing in the forests and attend training sessions to learn how to dry, sort and store it so that consistently high product quality is guaranteed.

By complying with strict organic and fair-trade certification standards, the local farmers’ cooperatives can secure much higher prices for the wild coffee: the price per kilo is almost twice that of conventional coffee.

More than 8,000 smallholders are currently involved in the wild coffee business and more than 60,000 people now rely on income from the project to help support themselves. Local groups have formed to protect the rainforests and will be involved more intensively in project activities in future.

The development partnership with Tuchel & Sohn, a family-owned business since 1898 – now in its fourth generation – and one of Germany’s largest honey importers, is fairly new.

Honey processing and trading are still in their infancy in Kafa and Sheka, but some initial successes have already been achieved: around 1,000 local honey producers are currently attending training sessions, where they are learning how to collect and process honey to meet European standards.

With their new-found expertise and the equipment provided, they will in future be able to sell pure honey for twice the price of the unprocessed honey previously sold locally.

It supports the German Government in the fields of international cooperation for sustainable development and international education. GIZ helps individuals and societies to develop their own prospects and improve their living conditions.

develoPPP.de was set up by the German Federal Ministry for Economic Cooperation and Development (BMZ) to foster the involvement of the private sector at the point where business opportunities and development policy initiatives intersect.

Through the programme, BMZ provides companies investing in developing and emerging countries with financial and, if required, professional support. The companies are expected to cover at least 50 per cent of the overall costs.