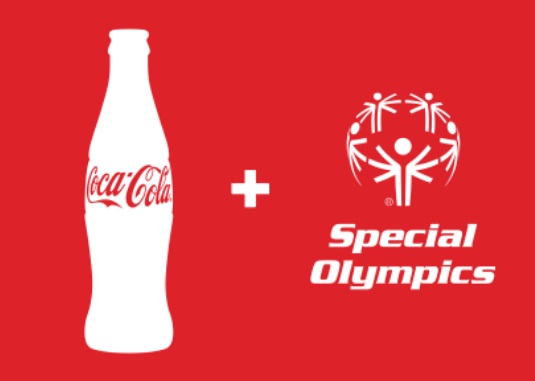 ATLANTA, U.S. – The Coca-Cola Company is extending its partnership with Special Olympics International through 2023, building on more than a half-century of collaboration dating back to the organization’s inception in 1968. As a founding partner and global sponsor of Special Olympics, Coca-Cola has been at the forefront of the movement to celebrate the limitless potential of individuals with intellectual disabilities and the power of sport to bring people together and, ultimately, transform lives.

The longstanding partnership is grounded in the shared values of optimism, acceptance and inclusion, which Special Olympics and Coca-Cola have brought to communities across the globe over five-plus decades.

“Special Olympics is deeply honored to continue our longstanding partnership with Coca-Cola, one of the most iconic brands in the world,” said Mary Davis, CEO, Special Olympics Inc. “Over the past 52 years, we’ve created transformational experiences for athletes and families around the world through our shared commitment to building positive attitudes toward people with intellectual disabilities. Together, Coca-Cola and Special Olympics will continue to create a more inclusive world for all.”

Coca-Cola supports Special Olympics programs and events around the world through monetary and in-kind donations, volunteer support and awareness-driving initiatives. In 2019, Coca-Cola again leveraged the reach and relevancy of its global brand to activate the Special Olympics World Games in Abu Dhabi. Global and local teams helped build awareness through Coca-Cola marketing assets; refreshed athletes and fans on-site through the company’s portfolio of beverages; and mobilized a volunteer network of passionate employees.

The partnership has evolved over the years. Recently, Coca-Cola supported Special Olympics’ mission to create employment opportunities for people with intellectual disabilities by hiring Special Olympics athletes to join project teams leading up to and during the last several Special Olympics World Games.

“We are deeply proud of our partnership with Special Olympics and excited to renew our support at a time when the core values we share are needed more than ever,” said James Quincey, chairman and CEO, The Coca-Cola Company.

Quincey was appointed to the Special Olympics Board of Directors in February 2020. He joins former Coca-Cola Chairman and CEO Muhtar Kent, who has served on the Board since 2007.

“The Special Olympics movement is thrilled to welcome James Quincey to the Special Olympics Board of Directors,” said Dr. Timothy Shriver, chairman, Special Olympics Inc. “As a highly regarded executive and passionate advocate for inclusion, James brings a wealth of international experience and expertise that will fuel our mission to end discrimination against people with intellectual disabilities, break down barriers of fear and intolerance and unite to create a more just and joyful world.”