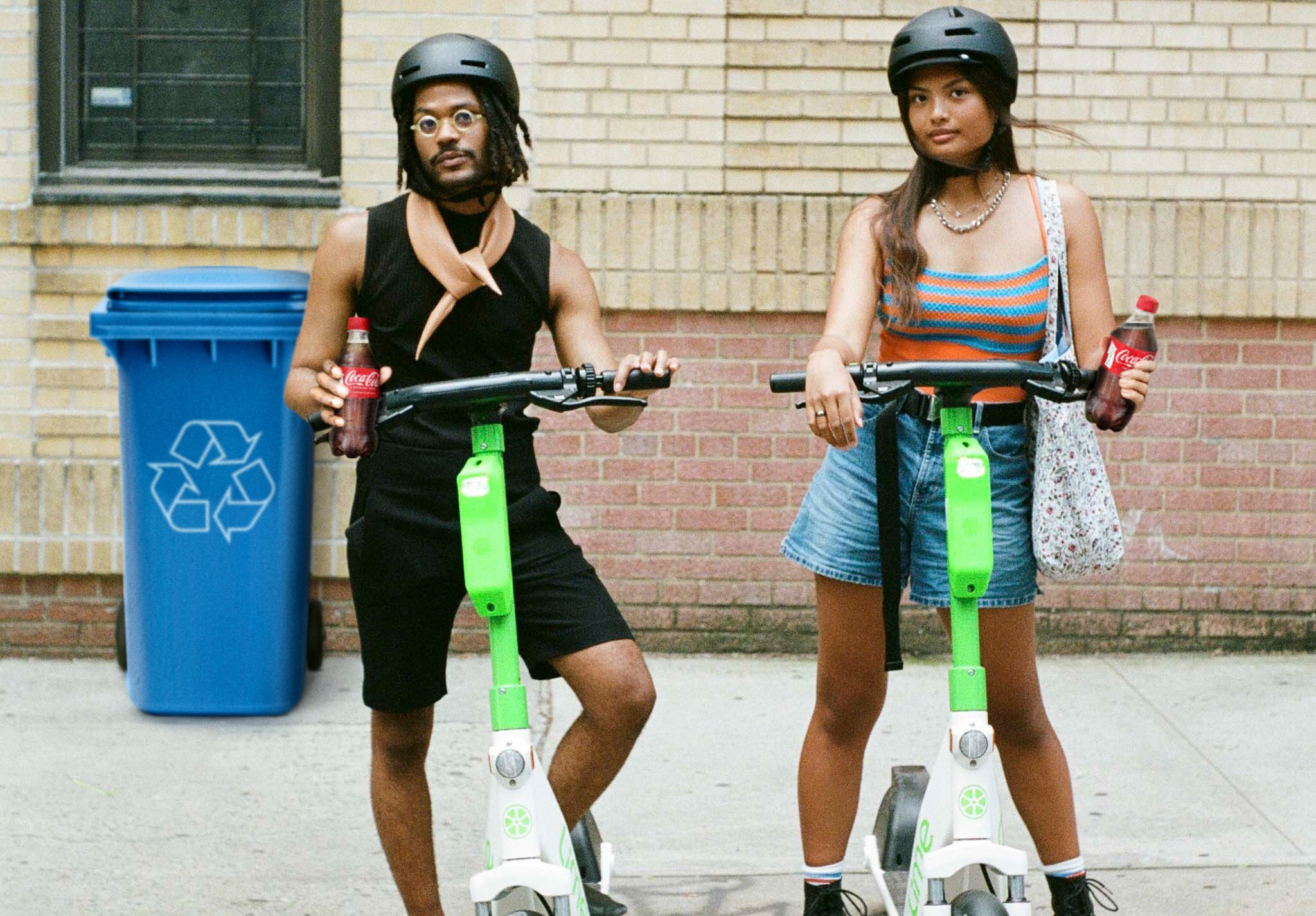 ATLANTA, US – Today, Coca-Cola announced a partnership with Lime, the world’s leading provider of shared electric vehicles, to reward people who are committed to recycling. To celebrate the nationwide availability of Coca-Cola Sip Sized bottles made from 100% recycled plastic material (rPET), not including the bottles’ cap and label, the companies are offering more than 40,000 free bike or e-scooter rides to people who purchase and pledge to recycle their 13.2oz, 100% rPET* Coca-Cola bottles.

The Lime partnership comes as consumer demand for micromobility has skyrocketed, specifically among Gen Z, who expect their use of alternative modes of transit to increase in the future, compared to pre-pandemic transportation. That’s why Coca-Cola is partnering with Lime to make zero-emission modes of transportation more accessible to those hoping to reduce their impact on the environment.

“The 13.2oz, 100% rPET* Coca-Cola bottle is just one of the many innovations the company has introduced to make important advancements towards a World Without Waste,” said Brandan Strickland, Brand Director of Coca-Cola Trademark, Coca-Cola North America Operating Unit. “Now, with Sip Sized, 100% rPET* Coca-Cola bottles available at convenience stores across the nation, we’re encouraging people to go the extra mile to commit to recycling our products again and again.”

“With sustainability so central to Lime’s core values, we’re thrilled to partner with Coca-Cola to encourage recycling of its new bottle made from 100% recycled materials*,” said Sara Lannin, Head of Global Business Development and Partnerships at Lime. “Contributing to a healthier planet requires us all to live more sustainably, whether doing more to recycle or replacing car trips with light electric vehicles.”

People who purchase the Sip Sized Coca-Cola bottle from their nearest convenience store can pledge to recycle by visiting CokePlayToWin.com/endlesslyrefreshing. Those who pledge to recycle their Sip Sized, 100% rPET* Coca-Cola bottles will receive a promo code via email – available on a first come, first serve basis – redeemable for a free, 10-minute bike or e-scooter ride through the Lime app.

This initiative, along with transition to the 100% rPET* packaging across several products within the Coca-Cola trademark portfolio, reduces The Coca-Cola Company’s use of new plastic by more than 20% across the portfolio in North America compared to 2018. And, using internal company tools and analyses, it is estimated that this effort in the United States represents a 10,000 metric ton reduction in GHG emissions annually. This is the equivalent of taking 2,120 cars off the road for one year.

Head to your nearest convenience store to purchase a Sip Sized, 100% rPET* Coca-Cola bottle and, for more information on the 13.2oz, 100% rPET* bottles, visit www.coca-colacompany.com/sustainable-business.

*Does not include the bottles’ cap and label