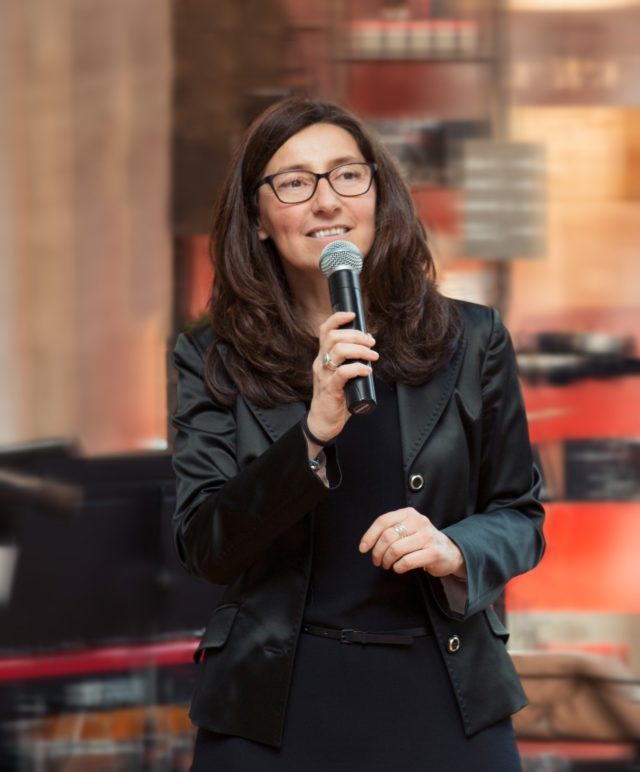 MILAN – Simona Colombo is the Cimbali Group’s Marketing and Communication Director. We interviewed her just before the opening of Hostmilano, one of the most important trade shows in the whole year for the company based in Binasco, Milan.

Simona Colombo: “This year’s Hostmilano 2017 will be rich in innovations for the Cimbali Group brands: we have planned a number of events related to our two international projects, LaCimbali and Faema, with a focus on products and integrated communication. Also, during HOST the Group’s Headquarters will come alive with two great off-fair events, on 20 and 21 October, offering customers, communities and brand friends an opportunity to network.”

One of the most talked about topics at Host and at these two events will be Technology heart, Human mind, the new exhibit set up by the Cimbali Group at Hangar 100, featuring the LaCimbali brand.

“The exhibit was presented to the press on 12 October. It is a large, multi-voiced exhibition about the innovations, success stories and future projects of an international brand present in the world’s major coffee hotspots. Much of this will be featured and visible in LaCimbali’s area at Host. At the Fiera Milano Salone, the Group will set up product areas dedicated to the world of traditional machines, like M100, M100-i, and Elective, the new wireless on-demand grinder doser. There will also be spaces devoted to tasting and to machine calibration for best performance, adjustable according to the type of coffee blend and customers’ needs. Last but not least, the broad range of recipes that can be obtained with hot and cold milk, Latte art, and communication between coffee machine and grinder-doser through an advanced IOT system.”

There will also be a space dedicated to the S20, the new super-automatic coffee machine.

“Within the technological space we are setting up areas featuring the range of super-automatic machines, including the new S20, which will be presented for the very first time at HOST. There will be telemetry systems, with self-training devices for the sales network. Using a computer, our sales representatives will be able to access a real simulator that reproduces the user interface of Cimbali Group super-automatic machines.  We will also present an app that communicates via Wi-Fi directly with the machines installed in cafés, allowing baristas to handle orders and customers to manage their own preferences.”

Faema’s Art and Caffeine event will also have a sequel at Host.

“Yes. After the great international success of the temporary flagship opened during the Salone del Mobile month in Via Ventura, which was a 2017 Best Event Awards finalist, we will continue at HOST with Art and Caffeine at Fieramilano. At the same time, the Faema E71 range has been expanded with a new machine that will be first unveiled at HOST 2017».

Faema is a special brand that also has strong connections with sports.

«The key project of the Faema brand is the E71 range. Since its launch, this machine has continued to become increasingly popular in the world of specialty coffees. And the brand maintains strong ties with its most cherished themes, like bicycle racing. From Giro d’Italia to Granfondo races, And lately also to urban biking: Faema has recently participated with the Faema Bee in the Redhook Criterium held in Milano and won by Viganò on a Cinelli, the bike manufacturer who was one of our partners at Via Ventura». 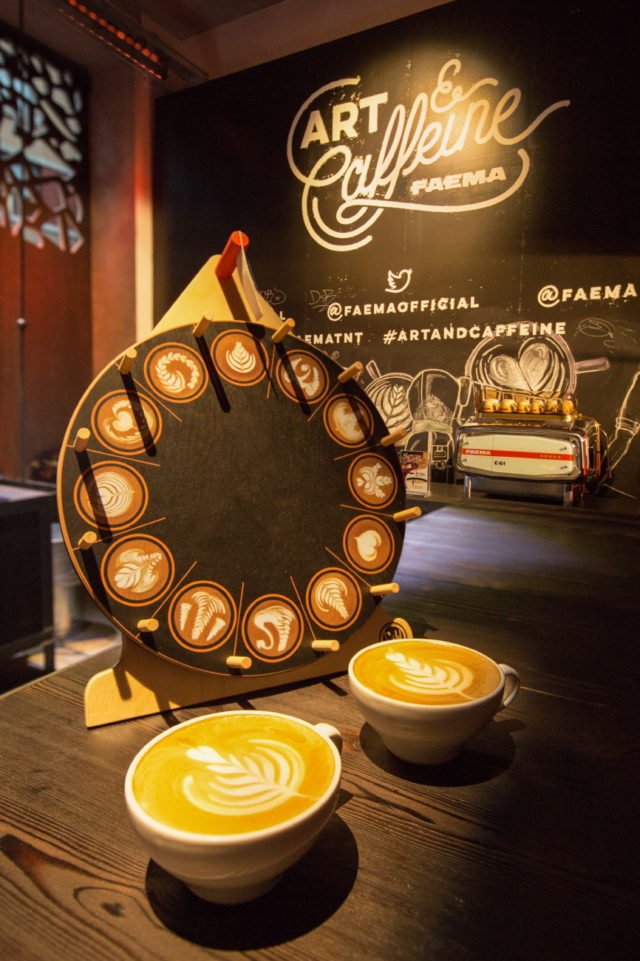 But back to Art and Caffeine.

“Art and Caffeine is a place for research, training and meeting for coffee specialists and coffee lovers. It will continue to offer a shared space at Host as well as outside the fair, not only in Italy, and offline as well as online. For example, on Saturday 21 October Faema has scheduled a large Art and Caffeine event at the MUMAC.”

At Host, you have also announced a space dedicated to the MUMAC Academy, the Cimbali Group’s coffee academy that has its main location at MUMAC.

“Founded in 2014, the MUMAC Academy is a culture and education centre, as well as a place where coffee gurus and industry professionals can meet and conduct research. Yes, at HOST the Academy will have an area entirely devoted to the art of making coffee, starting from espresso. Using the machines manufactured by the Group’s main brands. Explaining their characteristics, secrets and performance, and describing the other extraction methods. There will be four theme areas: green (the coffee), sensory (the taste), brewing (beyond espresso), latte art and technology. The Academy area will also feature a first-ever preview of the range of LaCimbali and Faema OEM accessories, available at the flagship store opened on 12 October at MUMAC».