Chinese have got drinking coffee down to a tee

In a country famed for its love of tea, Nespresso is the latest in the chain of well known Western coffee houses to open outlets in China 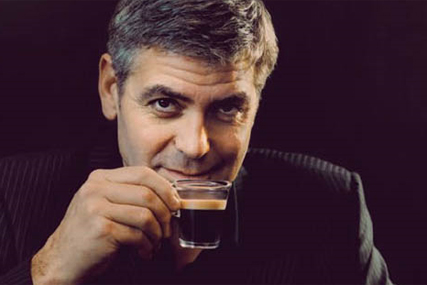 By Xu Junqian*
He is seen on billboards the world over promoting Nespresso coffee but it seems that George Clooney does not quite fit the bill in China. Alfonso Troisi, manager of Nespresso in the country, said the Chinese market is still not mature enough to relate to Clooney’s musings on the product.
Mr Troisi, who has worked in China’s beverage market for 10 years, said a video clip tailor-made for China, one that shows flowers, fruits and nuts in aluminium containers, would be more appealing to consumers in the country.

“In China, the ability to choose the type of coffee flavour for different occasions or moods has just been established among a handful of coffee drinkers, who are very open minded, ready to experiment and taste new flavours,” he said.

As a traditionally tea-drinking nation, China has in recent years displayed a raging thirst for freshly roasted ground coffee, turning it into one of the fastestgrowing markets among the 50 countries that Nespresso has a presence in.

According to a report by the International Coffee Organization last year, growth of production and consumption of coffee in China has been in the double digits over the past few years, with consumption rising 16 per cent a year over the past decade. Imports of coffee have also grown significantly: 1.4 million bags entered the country from 2013 to 2014 compared with 418,000 from 2004 to 2005.

The organisation estimates that China now produces more coffee than Kenya and Tanzania combined, and its consumption exceeds that of Australia

Before joining Nespresso, Mr Troisi worked for the British alcoholic beverages company Diageo, and it was there that he became acquainted with the drinking habits of the Chinese, including the strong tradition of drinking hot beverages, even during summer.
In every Nespresso China boutique 23 flavours, each labelled with a distinct colour, are stylishly displayed. Kazaar, the most intense of flavours, has enjoyed unrivalled popularity.

Chinese consumers who used to prefer a cup of soluble or instant coffee at home have demonstrated that they are now willing to spend time and money in restaurants and cafes to try new flavours. However, the number of people who prefer to drink coffee at home still forms the majority, Mr Troisi said.

“Interestingly enough, there is a common perception that out-of-home coffee consumption is bigger, which is perhaps due to the high visibility of cafes and people walking around carrying cups of coffee. But it’s not yet the case in China, where more coffee is consumed at home,” said Mr Troisi, who added that China has the highest growth rate of Nespresso club members.

Since its introduction in China in 2007, the company has gone on to open six boutique outlets, although it has yet to unveil a flagship store

Chinese customers are also keen to have “a full shopping experience”, and most spend a minimum of 30 minutes at Nespresso’s boutique stores, talking to coffee specialists about their preferences and departing with their own personalised collections.

“Coffee has always been a very social drink. But for the Chinese, we are seeing a unique trend where coffee is made and sipped alone at home as part of selfindulgence,” said Mr Troisi, referring to findings from a customer research report. Another finding was that Chinese consumers value their moments of introspection while having a cup of coffee, he said.

The Swiss brand has been one of the most prolific moneymakers for its parent company, Nestlé, with reported global sales of $300 million (£208 million) in 2013. Since its introduction in China in 2007, the company has gone on to open six boutique outlets in the country, although it has yet to unveil a flagship store. “Opening a flagship store in China is something that we are considering doing in the next three to five years,” Mr Troisi said before the launch of a new coffee machine in China, billed as being able to let users produce a top-quality cup of coffee at the press of a few buttons.

Mr Troisi sees the new machine as a fillip to Nespresso’s business-to-business sector in China, given that there is a lack of baristas in the country, in addition to other factors such as increasing labour costs and high employee turnover in the service industry. The company is targeting restaurants, hotels and cafes with the new machine.

Last year there were more than 1,500 Starbucks outlets in China in more than 80 cities. However, Mr Troisi believes there is still a lot of room for growth in the industry. “Our focus for now is mainly on Shanghai and Beijing. The percentage of people in the two cities drinking coffee is still quite low, around 20 to 30 per cent. But this also means the opportunities for coffee to flourish in China are huge.”