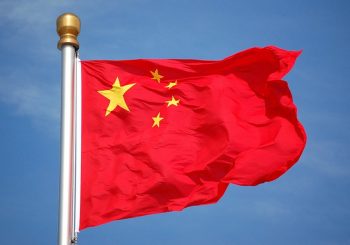 BEIJING, China – According to the recently issued report by the US Department of Agriculture China’s strong demand for imported coffee products is expected to increase imports in marketing year 2021/2022 (MY21/22 Oct – Sept) to 4 million 60-kilogram (KG) bags green been equivalent (GBE), a 5% increase over MY20/21 imports.

Domestic coffee production in MY21/22 is forecast to decline to 1.75 million 60-kilogram (KG) bags GBE. Yunnan Provincial Statistics Yearbook data indicates that coffee production has been declining in the recent years.

However, in the recent years programs to support coffee production expansion have not been publicized.

In MY 21/22, coffee production is not expected to decline dramatically in Yunnan as both Nestlé and Starbucks have established production sites and purchase large quantities of local coffee beans for domestic consumption. For example, Starbucks markets “single origin” Yunnan coffee beans in China at retail cafes.

In MY21/22 China’s coffee imports are forecast to reach 4 million 60-kilgram bags GBE as demand in second and third-tier cities for coffee drives growth and expansion of domestic coffee consumption.

Between MY15/16 and MY20/21 imports of green coffee beans to China have grown tremendously. Additionally, soluble coffee imports have also increased to nearly MY15/16 rates

The average coffee consumer in China tends to reside in first-tier cities, between the ages of 20 to 40 years old, with higher education and income levels, consuming between two to three cups of coffee per week.

Analysts expect coffee demand in China to grow as disposable incomes rise, with China’s coffee demand growth to exceed that of more mature coffee markets. Industry reports indicate that coffee consumers in China could reach over 350 million in 2021, and female consumers are expected to account for nearly 65 percent of all purchases.

In MY 21/22, China’s coffee purchases are forecast to reach nearly $16 billion (100 billion RMB) a 5 percent increase over MY20/21. Industry sources note that the typical Chinese consumer consumes instant coffee 70 percent of the time, freshly ground 20 percent and ready-to-drink coffee 10 percent of the time.

Compared with other coffee consuming countries such as the United States and Japan, coffee consumption in China is a relatively new phenomenon, with younger consumers willing and interested in trying new flavors and coffee products.

China’s coffee market has changed dramatically during the last five to ten years. Previously, China was a market dominated by instant coffee. Today, innovative coffee products represented by local brands (such as Yongpu and Saturnbrid) are expanding market share

In 2020, the number of retail coffee stores in China totaled 108,000 nationwide, with 75 percent of all stores located in first and second-tier cities. By March 2021, Luckin coffee (a local brand) became the largest coffee retailer in China surpassing Starbucks, with an estimated 75 million purchasers. Luckin’s incentive and promotional programs played an important role in expanding consumer awareness of coffee and coffee culture in China

Industry sources estimate that in the next few years coffee retail is expected to grow by 5 percent, reaching over 120,000 stores by 2023. In third-tier and lower-tier cities, independent cafes account for over 95 percent of coffee stores. Large brands should consider these smaller markets for greater expansion.