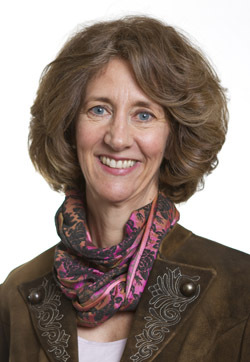 WASHINGTON, U.S. –  Victoria B. Mars (in the picture) will accept the third annual Holland on the Hill Heineken Award on April 21, 2016, on behalf of Mars, Inc. for the organization’s work to further the US-Dutch economic relationship, as well as their commitment to make the cocoa supply chain more sustainable.

Ms. Mars is also being recognized for her promotion of women’s equality and her success in empowering women cocoa farmers.

The Heineken Award honors entrepreneurs who have made a substantial and positive contribution to the US-Dutch economic relationship through their entrepreneurial drive, a drive that is part of the Dutch DNA.

That is why members of the Holland on the Hill Heineken Award and Lecture Committee unanimously chose Victoria B. Mars as the 2016 Heineken Award recipient and speaker.

There will be an accompanying discussion moderated by Diane Brady, an award-winning journalist, author and interviewer. Brady has years of experience in the global business landscape, having worked at Bloomberg Businessweek, the Wall Street Journal, Maclean’s, and the United Nations Environment Program.

“We are very impressed by Ms. Mars’ smart business sense and her passion to make the Mars production process inclusive and sustainable,” said Henne Schuwer, the Netherlands Ambassador to the United States.

Victoria B. Mars is Chairman of the Board for Mars, Inc., and a fourth-generation member of the Mars family. Her great-grandfather, Frank C. Mars, founded the company in 1911. For more than 35 years, Ms. Mars has held various roles throughout the company, including assistant brand manager at Milky Way; and vice president of Service & Finance, Commercial, and People and Organization at Dove International. She also founded the ombudsman program at Mars in 1997, serving as its first ombudsman.

Mars, Incorporated has worked tirelessly to make the cocoa supply chain more sustainable with the ambitious goal of 100% usage of certified cocoa in 2020. The cocoa supply chain includes everyone who plays a part in producing chocolate. Even simplified, this is a long list, from local governments to international certification organizations and multi-national manufacturers.

To achieve meaningful change, all of these groups must collaborate effectively and prioritize farmer benefit at origin over competitive advantage. By putting farmers first with programs to provide tools and training, Mars is helping to strengthen the supply chain as a whole and to move toward a more sustainable cocoa economy. The Netherlands is the second largest cocoa processing country in the world, and is home to the world’s largest cocoa port.

The Heineken Award is named after the late Freddy Heineken, who was sent to the United States in the 1940s and established the Heineken brand overseas.

Upon his return to the Netherlands, he used the innovative marketing skills he learned in the United States to transform Heineken into one of the world’s most recognized brands today.

To highlight these shared values, the Holland on the Hill program was launched in 2014 as a joint effort of the US Congressional Caucus on the Netherlands, the Royal Netherlands Embassy, corporate partners, and the Netherland-America Foundation.