Cepea: Harvesting of the 2018/19 Arabica season has started in Paraná 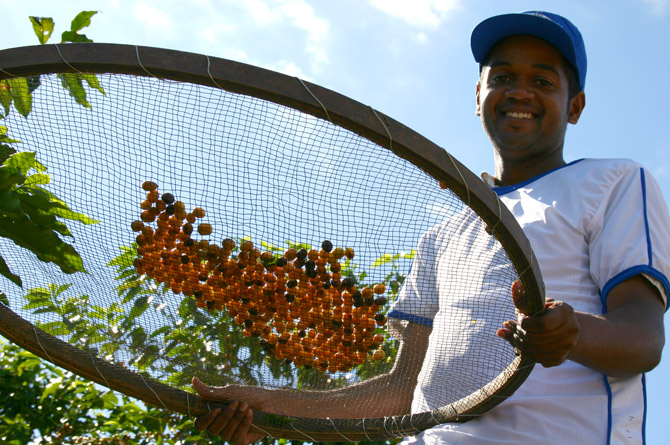 Harvesting of the 2018/19 arabica season has started in Paraná. Cepea collaborators have reported that something from 10% to 15% of the estimated output has been harvested. In the remaining arabica-producing regions, the harvesting pace is still slow.

In general, firm weather in Brazil in the first fortnight of May accelerated grains maturation in some crops. Thus, activities are expected to step up in the coming weeks, mainly in Garça and Mogiana (SP), southern Minas Gerais, Cerrado (MG) and Zona da Mata Mineira. Thus, a larger volume of arabica coffee is supposed to arrive at the market only in June.

As for robusta, harvesting is near 50% in Rondônia. In Espírito Santo, the amount of green beans and rains last week hampered activities – however, precipitation favored crops conditions. Agents claim that a higher number of growers should start harvesting this week, since many of them have scheduled deliveries for late May.

Regarding the weather, starting the second fortnight of May, considerable rain volumes are forecast for a large area in central-southern Brazil, according to Climatempo (weather forecast agency). This scenario may halt the harvesting, but it should favor crops and water reservoirs in most regions, mainly arabica-producing regions, which are low.

After increasing slightly in early May, the trading pace for arabica and robusta slowed down again, since agents left the market – many growers are focused on the 2018/19 harvesting.

As for prices, Arabica quotes rose in the first fortnight of May, due to increases in future contracts, higher demand and dollar rises. On May 15, the CEPEA/ESALQ arabica coffee Index closed at 445.21 BRL (121.58 USD) per 60-kilo bag, 1% up compared to that on April 30.

Brazilian coffee shipments decreased in April, according to Cecafé (Coffee Exporters Council). The amount of green beans (arabica and robusta) exported totaled 1.92 million bags, 13.6% down compared to March/18 and 0.5% lower than in April/17.

Exportations were as expected, due to the off-season period, according to Cecafé. Despite the decrease, agents from the sector expect Brazilian coffee shipments to increase as the new season begins, since purchasers should take advantage of the domestic production to replenish inventories.