SAO PAULO, Brazil – Unfavorable weather in Brazil was concerning Brazilian and foreign agents in April, pushing up prices for Arabica coffee in the domestic and the international markets, says Cepea in its latest report. It is worth to mention that weather issues in 2020 affected the 2021/22 coffee crop in Brazil and in other coffee-producing countries.

In late April, the CEPEA/ESALQ Index for arabica coffee (delivered to São Paulo city) set a nominal record in the series of Cepea, which began in 1996

In real terms (deflating the monthly averages by the IGP-DI from March 2021), the current price level is much lower than the real record, of 1,798.98 BRL/bag, registered in May 1997.

Besides the crop failure in Brazil in the 2021/22 season, caused by the drought in 2020, the beginning of the dry season (fall and winter) is concerning agents. The current lack of rains is accelerating the ripening process, warning agents about the beans size. Besides, Brazilian coffee farmers fear that the output in the 2022/23 season may be affected by the current weather.

As regards demand, the advance in the vaccination against covid-19 in coffee-consuming countries and perspectives for an increase in the demand for coffee in the coming months influenced price rises too.

Valuations led sellers to the Brazilian market. Thus, some deals were closed, majorly for fine coffee and at higher price levels, around 800 BRL/bag. Contracts for deliveries in 2022 and 2023 were also closed in late April.

In the market of robusta coffee, prices did not increase as much in April. Between March 31 and April 30, the CEPEA/ESALQ Index for the robusta type 6, screen 13, Espírito Santo State (ES), rose by 1.7%, closing at 455.97 BRL (83.91 USD)/bag on April 30. Sellers and purchasers were away from the robusta market, and prices were mostly influenced by the dollar.

Until the end of April, the volume harvested was still low in both Rondônia (RO) and Espírito Santo States (at around 10% of the expected output), but activities were beginning to step up. The few batches from RO to arrive at the market have good quality. In ES, yield is satisfactory too. It is worth to mention that, opposite to that for arabica, the Brazilian production of robusta should increase this year, largely due to the favorable weather in ES. 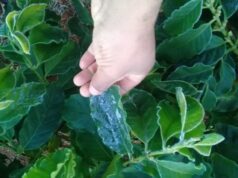 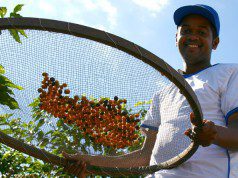