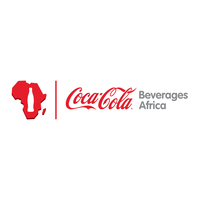 The companies intend for an IPO within the next 18 months. The exact timing will be driven by a number of factors, including macroeconomic conditions. Shares will be listed in Amsterdam and Johannesburg, with Amsterdam being the primary exchange.

The IPO will allow CCBA to operate as an independent, Africa-focused, South African-headquartered, managed and domiciled business. The plans underscore The Coca-Cola Company’s continued and long-term belief and commitment to the African continent and the leadership of CCBA from South Africa.

“The Coca-Cola Company sees Africa as a key growth market and views a separate listing of CCBA as an opportunity to deliver a broad, supportive, long-term investor base for the ongoing development of the business,” said Bruno Pietracci, president of the Africa operating unit of The Coca-Cola Company.

“A standalone listing for CCBA will enable the bottler to build on its growth trajectory and access capital independently to meet the investment needs of the business, which is great for stakeholders across Africa,” said Jacques Vermeulen, CEO of CCBA.

The Coca-Cola Company has retained Rothschild & Co. to advise on the IPO.