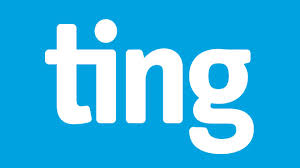 TORONTO – Ting, a division of Tucows Inc., announced yesterday that they will buy a hot, freshly brewed cup of coffee for each of the 200 million AT&T and Verizon wireless customers in the United States. To earn their cup of joe, AT&T and Verizon customers simply need to check out how much they would save by switching to the upstart mobile service provider.

For one week, through December 11,  the overbilled and undercaffinated can visit ting.com/coffee to participate. Participants will be asked to enter their AT&T or Verizon wireless User ID and password to automatically calculate their potential savings over two years based on actual recent usage and bills.

At the same time, they will be provided a unique promo code worth $5 at any Starbucks location.

The account credentials will be discarded immediately after the calculation is performed.

“I may have just spent my marketing budget for the next three years on free coffee,” admitted Michael Goldstein, Ting VP of Marketing. “But people are shocked when they see how much they would save by switching to Ting. I think it’s worth the investment to get those numbers in front of them.”

Ting also wants to make sure their current customers get in on the fun. So they are inviting all their customers to take a friend out for a coffee (or maybe a muffin) and tell them how great Ting is.

Customers will then upload their receipt to get up to $10 credited to their Ting account.

Ting has no contracts, no overage penalties and no hidden fees. Minutes, megabytes and messages are each billed separately and customers only pay for the usage levels they actually hit.

Businesses and families can have unlimited devices on one account and share usage for even greater savings.

Active devices on an account cost just $6 per month. Ting offers a clear, usable website and smart, accessible people that are empowered to solve problems.

Tucows is a global Internet services company. OpenSRS (http://opensrs.com) manages over fourteen million domain names and millions of value-added services through a reseller network of over 13,000 web hosts and ISPs. Hover (http://hover.com) is the easiest way for individuals and small businesses to manage their domain names and email addresses.

More information can be found on Tucows’ corporate website (http://tucows.com).