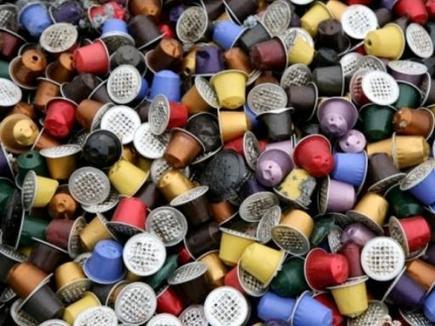 BURNABY, Canada – The leading producers of non-reusable coffee pods are trying to make a dent in the amount of waste flowing into Canadian landfills. The tricky part is that single-serve pods made by Keurig and Nespresso aren’t easily recycled.

Add to that, 40 per cent of Canadians say they have a pod-based coffee machine in their home, according to market researchers NPD Group.

Keurig pods are made of mixed materials — a plastic cup, paper filter, foil top and coffee grounds — and require effort to separate and recycle. Nespresso pods are mainly recyclable aluminum, which must be cleared of grounds.

Keurig coffee pods are now being burned for energy at the Covanta waste-to-energy facility in Burnaby after the closing of the LaFarge cement plant in Kamloops last year.

The LaFarge plant had been taking about 1.4 million plastic Keurig pods recovered each year by Van Houtte Coffee Services and turning them to ash, an ingredient in cement. But that all came to an end late in 2016 when LaFarge permanently shuttered the cement operation.

Pods from Van Houtte are processed by a partner company, Revolution, where the grounds are removed from the cups and used for certified organic compost, according to a Keurig spokesperson.

The plastic cups are incinerated by Covanta to produce electricity and heat.

Brianne Theberge, a resident of Coquitlam, is one of 5,840 Canadians who collect pods for recycling through the Nespresso Capsule Recycling Program.

“I collect Nespresso pods from our family and three other families in my neighbourhood,” she said. “We always felt bad using disposable capsules. It’s a one-time thing and then you throw it out and you feel bad about it. The problem is that we don’t drink enough coffee to make a whole pot.”

The pods are left intact and picked up by a courier each month and sent to TerraCycle Canada, a company that specializes in difficult-to-recycle packaging.

“We had been Nespresso users for years and then I got a letter in the mail from Nespresso about the recycling program,” she said. I thought, ‘It looks pretty easy, so I’m going to sign up.’ ”

Theberge collects pods — grounds included — from three of her neighbours, who deposit them on her porch once a month. She has collected more than 3,000 capsules for the program, which has diverted 9,659,604 capsules in Canada, according to Veronica Rajadnya of TerraCycle.

According to TerraCycle, plastics are washed, shredded and pelletized for use in manufacturing while the metals are smelted for reuse. Residual coffee is composted.

All single-use pods are accepted for recycling in British Columbia if the consumer first removes and disposes of the foil top and coffee grounds, according to Multi-Material B.C.