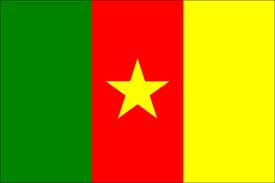 Cameroon ’s Ministry of Trade has announced that the Robusta Coffee Agency of Africa and Madagascar (Acram) has just become eligible for financing in the form ‘of non-reimbursable grants’ provided by the European Union (EU) as a part of the 11th DEF. The financing amounts is up to XAF19.6b (US$40.4m).

Cameroon is a member of Acram and is considered as the driving force behind negotiations with the EU to restart Robusta coffee production in Africa.

According to the Cocoa and Coffee Inter-professional Board (CICC), Cameroon will receive the lion`s share of 80 per cent of the financial grant, a sum amounting to XAF15b.

According to Business in Cameroon, the financing agreement has come about at a time when Cameroonian coffee production has sustained a 56.7% decline, tumbling from 38,127 tonnes to 16,142 tonnes during the last season.

Lower prices and bad weather have prompted some farmers to abandon their farms, or to switch to more lucrative food-crop production.

As a measure to increase production,the Cocoa and Coffee Inter-professional Board has set aside a total of 150 million FCfa per annum to encourage coffee production by supporting producers in a variety of ways in 2014.

The Board has also announced the second international festival for Cameroonian coffee, Festicoffee, for May 29-31 this year.